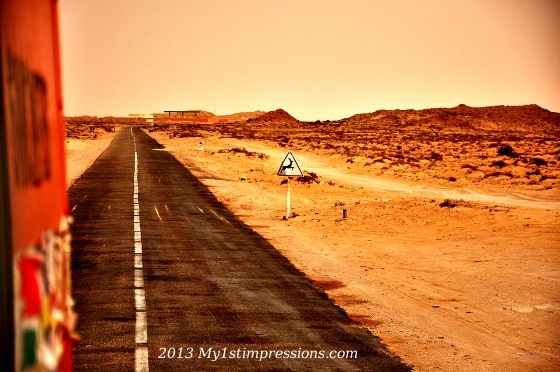 No man’s land: that’s how they call that three kilometre strip parting Morocco from Mauritania, since ever disputed and now not belonging to anyone. On the roadside of this dusty track there are mines everywhere. Stopping or halting for a break it’s impossible. The Moroccan police escorted us through remains of burnt vehicles framing the many postwar scenes. It was only after endless hours under the sun, waiting the endless bureaucratic procedures to be done with, that we reached the border.

From a geographic point of view, Mauritania is a continuation of Morocco, where the Sahara desert rules unchallenged and the local culture is even more conservative than in the neighbouring countries, with sharia dominating society and mentality. We are in the heart of the Arabic world, where alcohol is strictly forbidden and religion has a major role in any aspect of life.

In Mauritania we saw the first goats on the street, those goats which will never leave us for the rest of our journey. And in Mauritania we met for the first time with true poverty, the real one, the one leaving you speechless.

We leave the known world and enter a new dimension that will prepare us to pass the door for real Africa. 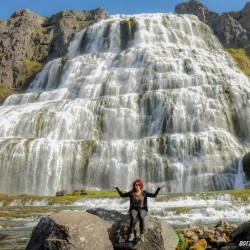 During the past years I travelled quite often, filling my journal with the impressions gathered in each place I visited. And for every page, there were also pictures about my destinations. I love photography because it allows you to share with other people what you see with your eyes, and whenever I can I do the same through my blog my1stimpressions.com.