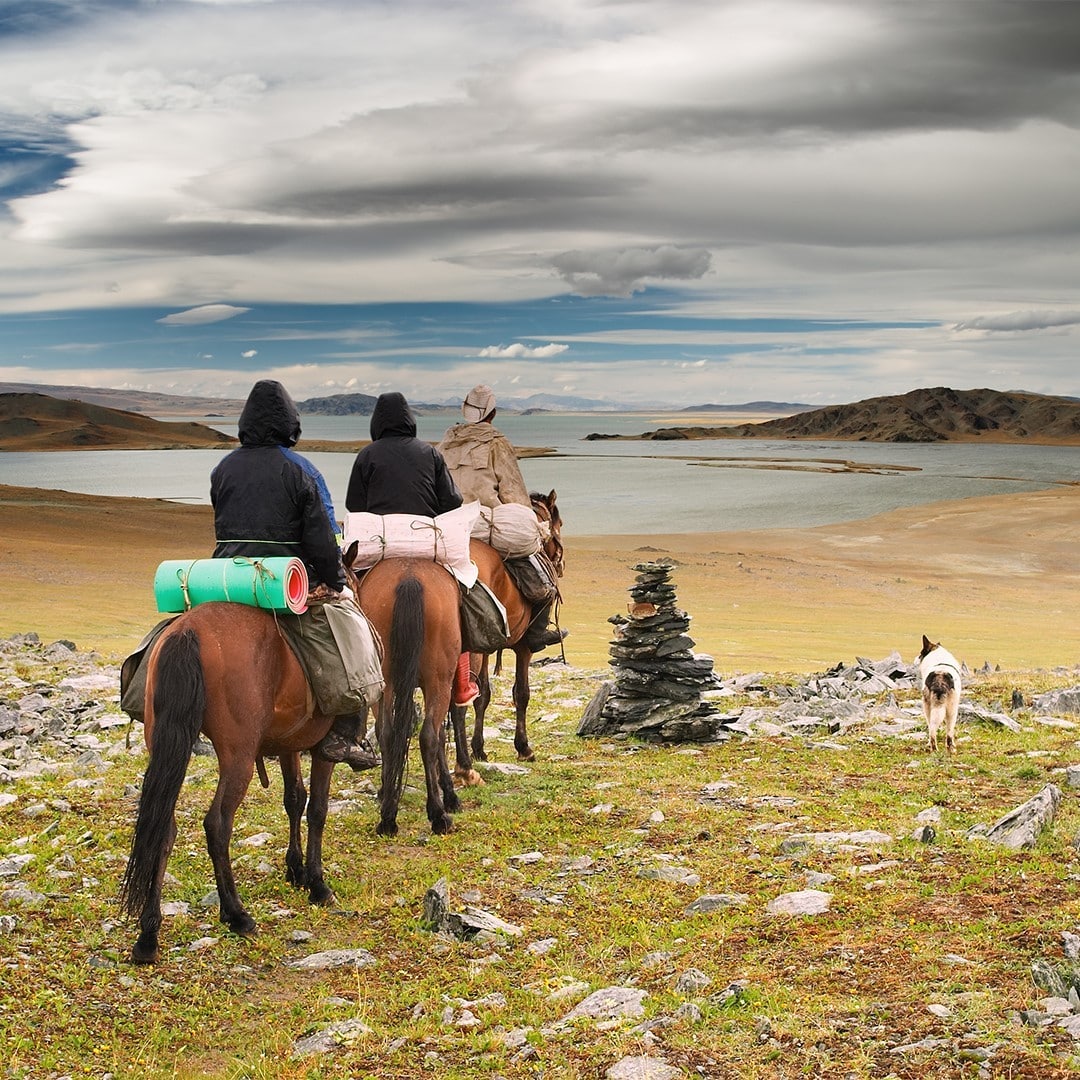 Our journey in Mongolia took us to the heart of this amazing country. A very local region, mostly visited by Mongolian nationals. Its main features are wide meadows, planes, volcanic areas, lakes, trees and national parks.

It was July, the month of Naadam, a national festivity that includes games in Mongolia’s capital, Ulaanbaatar, and a lot of people were on holiday. We crossed families on small cars and trucks with the national flag, their vehicles filled with any kind of goods speeding recklessly over rickety roads.

The idyllic landscapes were always green, sometimes even alpine-like.

A normal car would not have been able to cross such roads, where villages and small towns are just slightly more frequent than in the Gobi Desert.

Their urbanity always the same: tiny hamlets shaped around a short segment of the road, buildings of concrete and metal sheets, a few restaurants, a petrol pump, people walking or watching from the windows. Larger towns usually show some heritage of the Soviet era, with some supermarkets and slightly better roads.

This is also the region of Mongolia’s largest temples, those which survived the Stalinist purges. Visiting these places, trying to imagine how the looked like in their prime, leaves a deep sense of sadness. One can’t help to think of the despotic regimes’ folly, how they always spread waste and sorrow, no matter what’s their faith or ideal.

The Orkon river and its waterfalls are some of the most popular highlights among Mongolian tourists. Cars and trucks packed with people cross the dirt roads, taking a break now and then for a picnic or to take a look at the landscape. The sight is filled with trees and woods, and visitors can take a walk and spot some animals, or ride a horse.

The town of Tsetserleg, the temple of Galan Zuu and the museum of Arkhangai. The latter is a testimony of the Mongolian people’s history, of its culture and traditions. The temple, on the top of a slope, is a pilgrimage destination for Buddhists. A Buddha statue seven-metre tall rises beside a nice belvedere that offers a sight over the city.

These waters are coveted by wide number of families, but not the poorest ones. The long way to reach them stretches through gravel roads, bumps, streams, yaks, horses, sheep and cows, pleasant mountains and woods, and every shade of green and yellow.

Close to the old capital Kharakhorin, this monastery survived through the Soviet era purges of 1937, and hosted Gengis Khan’s banner. Its doors shut for many years, the monks who made through deportation in Siberia opened it again in 1990.

The ancient capital of Mongolia prides itself with an imposing 400-metre defensive wall and 108 stupas. At the beginning of XX century there were over 100 temples and over 1000 lamas in here, but the holy buildings were ransacked during the 1937-purges. What’s left can be visited and many families bring here gifts for the gods.

Not far from Ulaanbaatar, the Khustain Nuruu National Park is a worthy visit because it hosts the only species of wild horse that has ever been tamed by man. It’s called Taky and there are about 200 of them roaming freely in the park, the visitors gazing at them from a respectful distance.

This place almost looks like a small Gobi Desert. Ponds, camels, dunes, rocks and an ever-changing light. In the heart of the reserve there is a complex of ancient temples which have been rebuilt and are a fascinating sight at the beginning of a mountain. 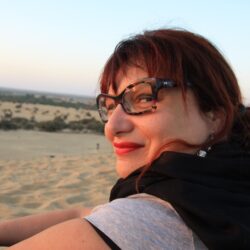 Teacher, traveller, photographer... I plan and dream about my journeys in order to better get to know myself. Many travels behind me, many more the ones still want to experience and share.