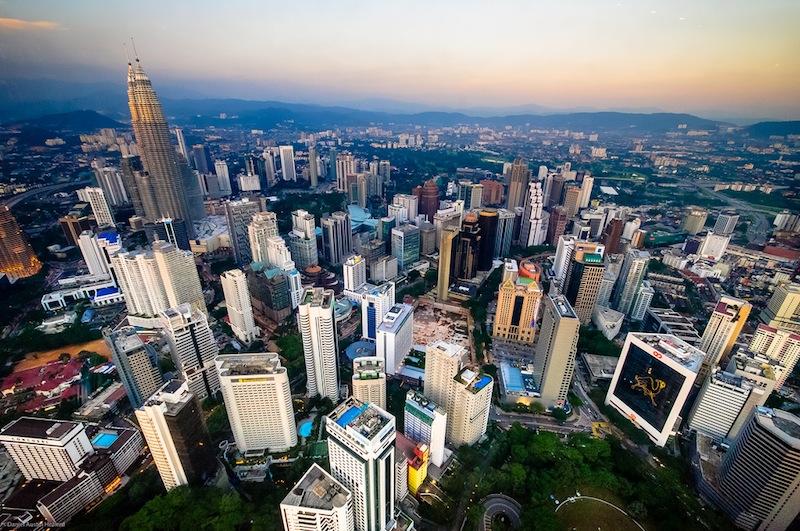 Often I have a feel for a city before I have even stepped foot in it, this certainly happened with Kuala Lumpur. I was supposed to visit in the 1990s, but a business trip got cancelled just as I was about to depart the UK. It has a ring to it, Kuala Lumpur, it sounds glamorous, however the name means muddy estuary. This is of course due to it’s position at the confluence of the Klang River and the Gombak River. Despite its rather mundane name, it is rather glamorous, and is a terrific base when visiting the region of South-East Asia and the country of Malaysia.

Travelling in from the city couldn’t be easier, the high speed train link is exceptional, in fact I found all local transport to be of a very high standard. The local trains were easy to use and the high level monorail, might look like something out of Disneyland, but it does a great job. It’s like a city that doesn’t take itself too seriously and I like that. The city centre is home to about one and three quarter million people, but the urban spread pushes that right up to 7 million.

The most iconic building in town is of course the twin Petronas Towers. They dominate the skyline from wherever you are in town. By day they are impressive, but by night, they are spectacular. A soaring shimmering edifice that towers high above all else and sends out light in all directions. It can be seen for miles. They were of course the tallest building in the world when they were topped off in 1996 and remained so for 6 years, when they were superseded by Taipei 101. The piles that support it, go down a staggering 375 feet in places.

The architecture is not all modern though. There is still plenty of the old Chinese style shophouses around to add a historical dimension to the city. There is quite a blend of styles here; old Colonial buildings rub shoulders with Malay Islamic styles, Asian tradition architecture and the new glass towers. It remains fundamentally, a city true to the culture of Malaysia. Town planners have also left plenty of green space. There are several parks and three forest areas within the confines of the city.

A large part of Kuala Lumpur’s economy comes from tourism. It is the 6th most visited city in the world and most of the important hotel chains are here as a result. Some come to see the city, others use this as a base from which to explore all the fabulous Malaysian Islands.

Shopping ranges from top trendy Malls (there are 66 of them) selling designer brands to quirky shopping experiences like Petaling Street. There are many religious sites and festivals that go with them. The nightlife is mainly that of bars, restaurants and nightclubs and is based around, what is known as the Golden Triangle. This encompasses Jalan P. Ramlee, Jalan Sultan Ismail and Ampang Road. 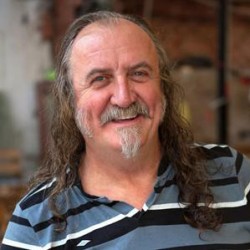 Owner and writer for InSeAsia.com. After a 25-year career as a singer/songwriter and musician, I left the rat race and moved to South-East Asia in 2008. I lived in Thailand, Cambodia and now Saigon. I published my work in magazines and websites in the UK, Europe, USA, Australia and Asia.