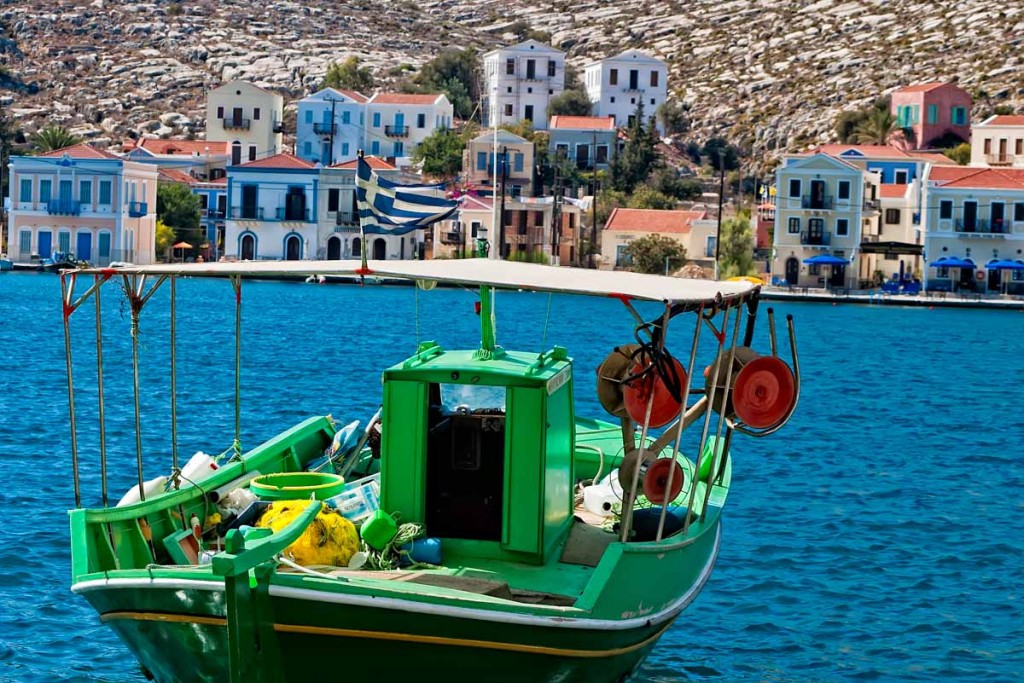 Kastelorizo is a Greek island in the Levantine Sea, Mediterranean’s eastern outskirts. A small place, such a small place there is not even a map in the tourism board office. They would just tell you where you need to go: after all, there is just one road. If you prefer, you may climb the mountain and deal with orientation on your own. You may find the airport, a small airstrip less than a kilometre long. Barely enough for the only plane using it, a small propeller aircraft connecting Kastelorizo with Rhodes. A demanding task, since in summer the visitors are far more than the less than 500 inhabitants.

Kastelorizo is far from everything you have aver known. It’s far even from Greece itself, so much that people use to shop in Turkey instead. All vegetables served in the local restaurants come from Kas. But not fish: that one is caught by the inhabitants and cooked with care. I still remember an amberjack fillet which just stopped swimming, marinated in oil, lemon and hot pepper: scented and delicious.

Turkey’s coastline is so close, you may think of stretching an arm from Kastelorizo and touch it. From Turkey to Yunanistan (as Turks call Greece), from Europe to Asia, from euro to turkish lira, there are two kilometres of salt water and a handful of rocks – who knows which one belongs to Greece and which one to Turkey? Not a useless question, since the fishermen have to keep it in check in order to avoid unpleasant encounters with the coastal guard. And Greeks do not hang out with Turkish people gladly: there has been the Cyprus crisis (those involving a short war, not the financial one), but mutual aversion is far more ancient. 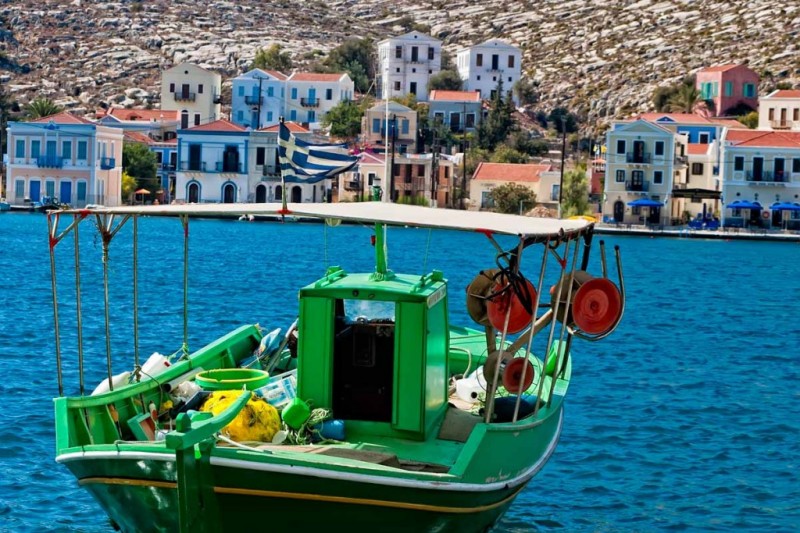 By now it should be clear Kastelorizo is not that easy to reach. From continental Greece is a fair journey on the sea: Athens is 570 kilometres far and it takes about 24 hours by ship. You can also fly to Rhodes, and fly for one more hour. It may take just 15 minutes over the sea from Kas, Turkey,  but authorities tend to mess up things: you can’t spend the night on the island if you want to get back, and in any case you have to leave your passport at Kas’ police station.

Far from Greece, which holds it, and close to Turkey, where contacts are so difficult. Almost a schizophrenic location, but less than one century ago Kastelorizo was an important harbour for any ship sailing from Europe to Turkey. That’s how the island collected names in various languages: Kastelorizo, Castelrosso, Chateau Rouge, Megisti, Meis, Kizilihisar… can you recognize every language? Here is a hint: over the centuries the island has been Byzantine, Venetian, Italian, French, Ottoman, British, Turkish and Greek. Not bad for such a small island!

But although the many dominations, Kastelorizo is definitely Greek: language, habits, atmosphere… nothing links to nearby Turkey, but for a lonely mosque, the last memory of the Ottoman Empire which ruled the island before history and politics assigned it to Greece.

I travelled wide and far, always coming back eager to share my stories and my experiences. My camera always came with me and I contribute to several magazines. Now I decided to add words to my pictures for ThinkingNomads, other than my personal blog.

1 thought on “Kastelorizo – The Greek Island on the Asian Boundary”