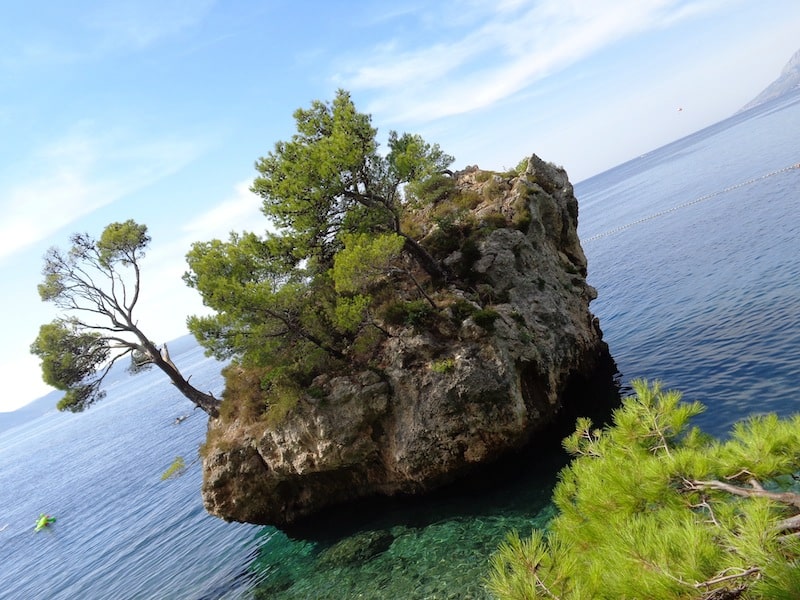 Rushing to our apartment in Split, we didn’t have the time to properly choose our dinner place, so we just headed towards the area where the most important restaurants are and desperately looked for a table. We were running so late that all those restaurants we read about were all booked, so we ended at a traditional konoba (‘tavern’) frequented – to our dismay – also by tourists, but at least located on a very pretty little square. The interiors were welcoming and rustically inspired by a wooden boat, and waiters were in sailor uniforms. Described like that, you can think of a touristic restaurant where you pay a lot to eat frozen food, but actually the food was good and the sailors-waiters were very kind. We had some Dalmatian specialties and drunk Dalmatian wine, fascinated by this tasty cuisine bite by bite. 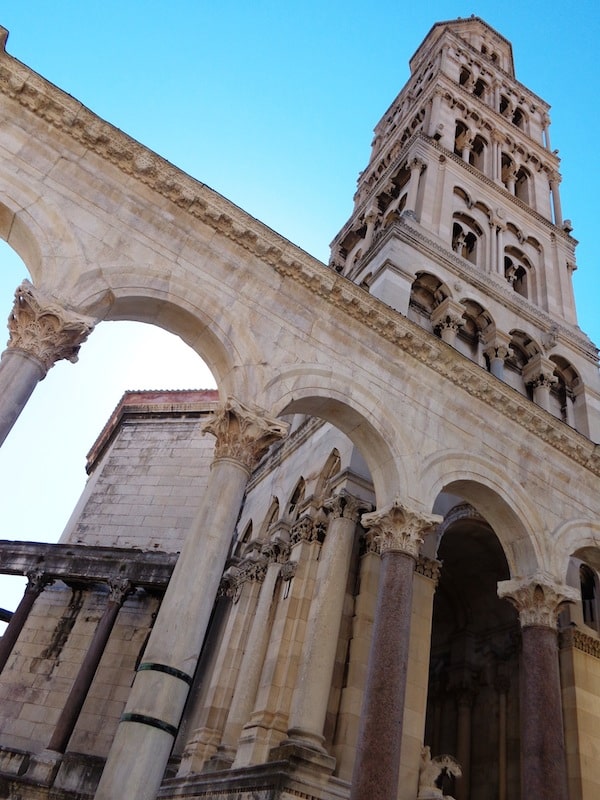 On the next morning, after another burek-based breakfast, we were ready to start our tour of Split and we went straight to the Palace of Diocletian (UNESCO World Heritage site). The historic centre of Split is built around the remains of this Roman palace, which nowadays appears as just another Hell’s circle. In fact all available corners of this ancient structure have been occupied by souvenirs’ sellers, expensive restaurants and musicians playing traditional music and trying to sell you CDs with Dalmatian songs. It will take you quite some effort to remove all this from the picture, but when you do I’m sure you will appreciate a walk among the ruins of this building.

According to our original plan, at that point we were supposed to rush and take a ferry to Supetar, and enjoy one day on Brac Island, but we felt so tourists stressed we couldn’t even approach the whole process from finding a way to book a ferry to finding a parking lot near a crowded beach, and then back to the mainland the next morning. There was also another option: to go to the Marjan Hill, where a friend from the Couchsurfing website wrote us there are the nicest, less crowded beaches in town. But after a morning at the Palace of Diocletian we got definitely enough of Split!

And so we opted for a more relaxing day on Road 8, directed to the South, a move that eventually made our trip more adventurous as now a whole unplanned day stood out right in front of us.

We decided that such important occasion couldn’t be wasted on a hasty decision, so we agreed to think about it while lying on a beach. So we stopped in Brela, a renowned beautiful beach, definitely the most beautiful beach we have seen during the whole holiday! And even if it was Sunday and the beach was quite crowded, we managed to find a small and very peaceful spot (exiting the parking area into the wood, on the right), in the pine forest shade. We spent almost all day laying on the beach, consulting the guide and checking the map to decide which was the best point to stop for spending the night. Maybe it was the long nap under the pines, maybe the tasty ćevapčići we had for lunch, anyway from Brela on we enjoyed Croatia even more!

Driving southward we crossed the Bosnian border. We were both so excited to be for the first time in Bosnia, we couldn’t help stopping in Neum for a beer – even if it was 7 pm and we still didn’t have any idea of where we would have spent the night.

Our journey was finally giving us that kind of emotions you look for when you plan a road trip into the Balkans. Along the even-more-wonderful Road 8 were aligned many stands of fresh fruits and vegetables, jams, wines and local liquors, each one with its old Balkan lady with the head covered by a colourful foulard. Moreover, such poetic view stood out against the sunset on the sea, which was reflecting its amazing colours on the huge salines so common in this area of Dalmatia: truly a breathtaking landscape!

Worried by the incoming darkness, we spent the night at Mali Ston, the best place in Croatia if you want to eat good fish – according to our guide. Unfortunately our experience wasn’t so extraordinary, we actually had to send back a dish because the fish was smelling really bad, but the village is so nice and the nearby saline are definitely worth a visit.

The next day was also our last day, therefore our mood wasn’t high. Plus, it was raining. We decided not to make major stops until Dubrovnik, hoping the weather would become better by the time we arrived there. About 40 kilometres before Dubrovnik we noticed many beautiful small beaches, but there was still no sun, so we kept driving.

With the grey sky foretelling the end of the holiday, we arrived in Dubrovnik and, after more than 20 minutes spent to park the car, we went to the old town (another UNESCO site) to have a tour of the walls before the rain got more intense. Up there, the view is amazing, either if you look towards the blue sea or if you look within the walls, at the red roofs and the old stones of the houses. Unfortunately, we had to share such an amazing view with several thousands people more, constantly pushing you while you try to take a picture or stopping the flow when it was their turn to shoot. Then we went straight to the car and drove away from that mess, looking for a place to have lunch in the quiet Lapad Peninsula, where we had our last ćevapčići with local beer.

Back on the road, we decided to spend our last afternoon according to the two certainties of the whole travel: that we loved Road 8 and that Croatia is more beautiful the more south you go. And that’s how, with that bit of taste for adventure, we made the best discovery of the whole holiday: stopping at the nearest place south to Dubrovnik (11 kilometres) wishing to reach the sea (which, besides the bad weather, seemed very promising from Road 8), we arrived to the ex military complex of Kupari, which has been used as a touristic village for those occupying the highest grades of the Yugoslavian military hierarchy, Tito included. 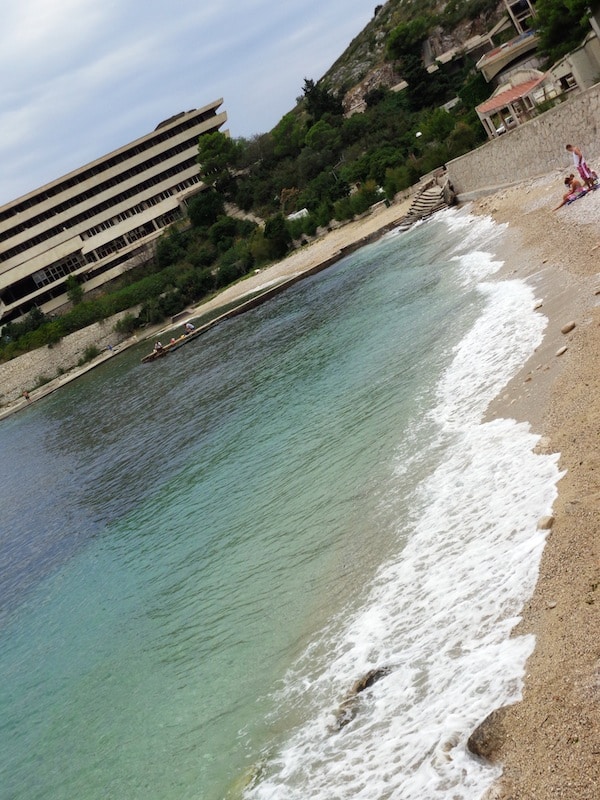 We were so excited about this discovery that as soon as we got back in Italy we googled it, finding out that the notoriety of this touristic complex dates back to many years before: the first hotel has been built in 1919, then came four more rising the total to 2000 beds, all supposed for an extremely wealthy target. The aim was to create an idyllic heaven for the military elite, which ironically has been destroyed by the war. There was also another, more private, area for the political elite, composed by smaller hotels and apartments, plus a shelter accessible only by an 80-metre long tunnel. Until the ’80s the complex wasn’t accessible by tourists, who later came copiously till the conflict started and this area became a battle field.

Now that the bombs aren’t falling anymore, the complex is still abandoned, because the damage is so extensive that it isn’t economically sustainable to restore it. But even if the scenario is desolating and kind of creepy as you can actually feel the war passing through it, it is extremely fascinating to walk among these modern ruins. So we decided to spend here our last hours in Croatia, taking pictures and going around exploring the place with curious eyes.

And now that I’m on the ferry watching the lights of the Dalmatian coast becoming smaller, I can’t help thinking about the importance of this road trip. Planning this journey into the Balkans and most of all writing about it for my travel blog project gave me new vitality, and I promise to myself to keep this enthusiastic mood when I will be back to my real life.

Go to the previous chapter: Flanking the Balcan Coast 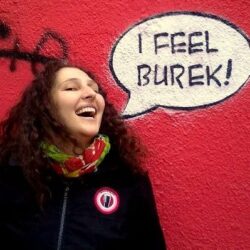