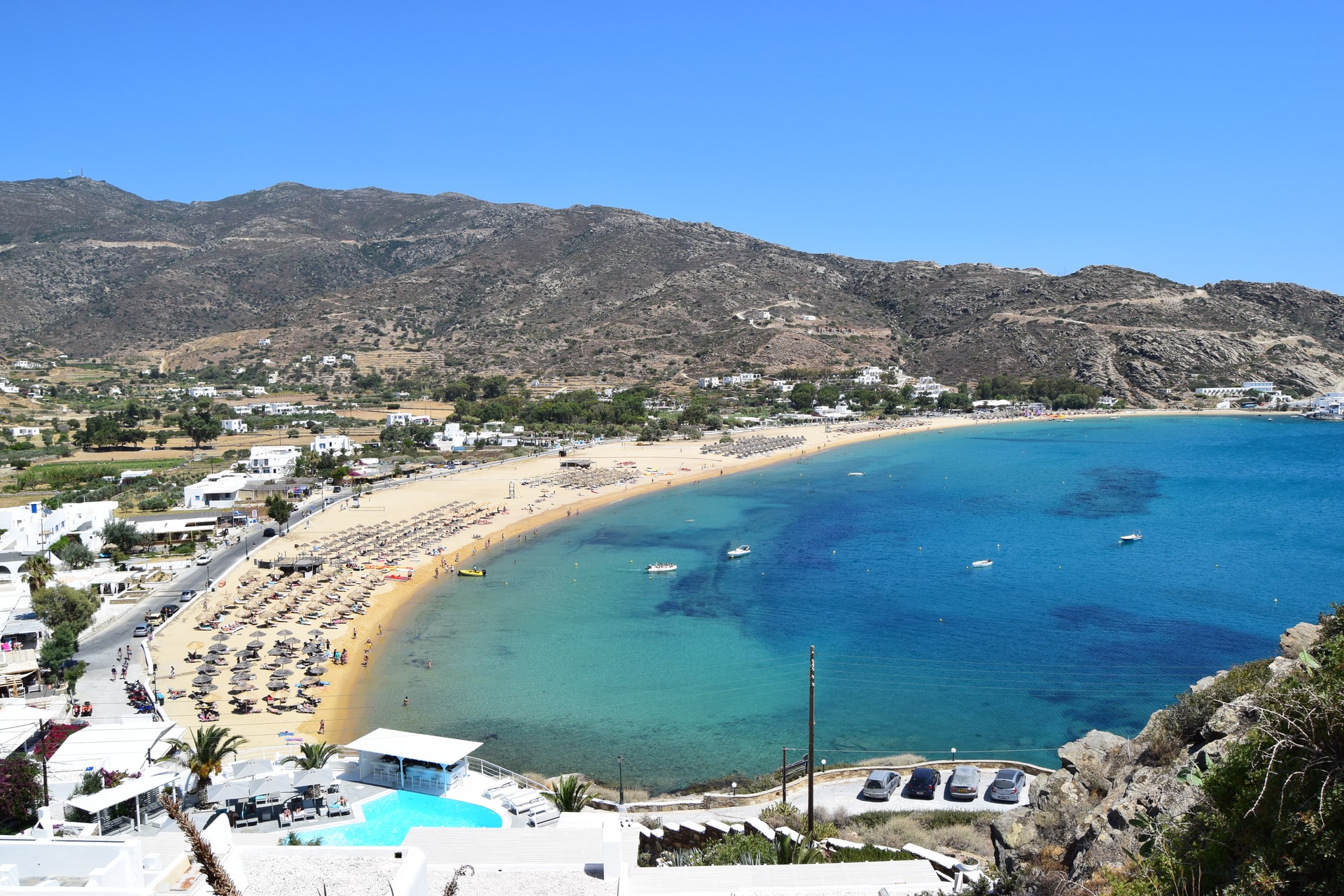 Sometimes the universe gives you exactly what you need, just when you need it. That was the case in Greece, when we abandoned our itinerary, and hit the open road. Goodbye schedule, hello freedom!

Our 14-day trip to Greece included stops at four islands, including Crete, Santorini, Naxos and Rhodes, and Athens. Since it was our first time there, we wanted to have a range of experiences. After months of planning, I had created a detailed itinerary for my partner, Alyx, my teenage daughter and her friend Rebecca. This included airbnb apartments, cave houses, beach resorts and boutique hotels.

Ferries, planes, car rental with Auto Europe, all booked and organised. Tickets purchased, routes laid out, and all boarding times itemised. At least, that was ‘the plan’.

From Toronto to Athens

The first fly in the ointment was when Tom, my partner had to delay his holidays due to a business meeting, and wouldn’t join us until midway through the trip, in Santorini. This left me on my own with two teenagers whose only desire was to work on their tans. However, I had no concerns because I had everything planned out. Or so I thought.

However, when we arrived in Chania, Crete after almost 24 hours of travel, from Toronto to Athens to Heraklion, things were not what we expected. Our lovely airbnb ‘elegant cretan mansion’ in Chania, where we had planned to stay as our home base for four nights, was not what I expected. While it looked close to the beach on a map, it was located in an industrial area, and guarded by the most enormous and ferocious Rottweiler I have ever seen, straining at his leash.

We had no choice but to stay the first night due to exhaustion, but the next morning I checked Auto Europe car rental website and an hour later the three of us hit the road in our Jimmy all-terrain vehicle. I just couldn’t imagine spending four days looking out my window at construction equipment and a gravel pit, and while I love dogs, this just didn’t seem like the ideal spot.

We decided to drive east, toward Kissismous, and followed a winding road that took us up into the mountains. After about 90 minutes, we began descending through olive groves and saw a beautiful, stunning beach with colourful umbrellas and tavernas along the beach. I had no idea where we were, but soon discovered that this gorgeous white sandy beach was Falasarna. Not only is it one of the most famous beaches in Crete, but it is also ranked as one of the top 10 beaches in Europe. The girls were beside themselves and began ripping bikinis out of their bags, ready to launch themselves into the water.

We drove down the road until it turned into a one-lane dirt road, and found ourselves at Sunset Villas, a family-owned boutique hotel with a beautiful view and outside terrace covered in vines and flowers. Within 10 minutes, Maria had given us two perfect rooms, overlooking the beach.

Falasarma was the perfect place for us to feel the wind in our faces and celebrate freedom. Turquoise water, fine sand, and a choice of beaches – some with rocky shores and other, more intimate beaches. We spent the day in the water, jetskiing, reading and finally felt like we were on vacation. That night, we enjoyed a delicious Greek dinner, serenaded by cicadas, at the taverna. The sunset and warm breezes made for a lovely ending to our first day of exploration.

The next morning, we drove back into the mountains and followed the signs to Elafonissi, Greece’s top beach. Elanfonissi is a protected nature reserve, and it is simply surreal, with pink sand, giant coral above the water and clear, shallow waters. When we were there, it was quite windy, but somehow that didn’t detract from the experience because it is so unique, with its lagoon and island. The ambience is so much like the Caribbean or South Seas you completely forget where you are.

After spending the day there, we needed to find a place to stay. With my two expert navigators leading the way, we drove an hour south to Paleochora, a beach town. We stopped in a store to ask about hotels, and quite by chance, met the receptionist from the Hotel Glaros. She immediately secured a room for us for the night, in a town that was completely sold out. Paleochora is incredibly quaint, with open-air restaurants, musicians and a beachy kind of vibe. It’s also a stop for cruise ships, so was quite busy.

For our last night in Crete, we headed back to Heraklion and pulled into an all-inclusive resort on the beach called Hotel Neptuno, which had a room for us. Not our usual kind of place, but a lovely beach nonetheless and close to the ferry to Santorini, where we met up with Tom. I was surprised and impressed by the quality of the ferries: they are well run, generally on time and the interiors are just like an airplane, with assigned seating.

Santorini was absolutely beautiful, despite what you hear about it being crowded. We stayed in a Casa Sigala, a cave house in Oia that seemed suspended over the ocean, overlooking the caldera. The food was outstanding: we ate at poka, a local favourite, on our first night, and watched the sun set. Both Lotza and Strogili had beautiful views of the caldera and boats zipping by far beneath us. Eager to get on the water, we spent our first morning on a catamaran and toured nearby islands, including the volcano hot springs. It’s easy to see how this is considered to be the lost city of Atlantis; it’s so stunning. Sunsets and romance are in the in the air in Santorini, and I wish we could stayed longer. Alyx and Rebecca loved the shopping and the views; I think Snapchat had a busy day.

Our next island was Naxos, known for its stunning beaches, including Plaka and Agia Ana. Of all the places we visited, Naxos was the most appealing for its laid-back style, quaint old town and busy port in Naxos Town. With its churches, monasteries and Venetian castles, it’s very lush and scenic and fairly undiscovered. It’s famous for the Portara or Great Door, which sits on a small island that you can walk up to. Built in 530 BC, myth has it that this is where Ariadne, the Minoan princess was abandoned by her lover, Theseus, after he killed Minotaur on the island of Crete.

On our first night in Naxos, we stayed at the boutique hotel Lagos Mare on Agios Prokopios beach, and as we swam in the warm ocean, we decided to make another schedule change – to abandon our return trip to Athens via Rhodes. To get to Rhodes, we would have had to return to Santorini and take a 3 am ferry. This meant an entire day of travel. Being on a beach was definitely more appealing. Tom also became expert at the Naxos bus system, which is much better than taking taxis. It’s about a 10 minute ride into Naxos Town, and even though you have buy paper tickets at the local mini-market, it’s a much more authentic experience.

We cancelled our hotel in Rhodes, ferry and plane tickets and decided to visit a nearby island called Ios. We found a small hotel called Psili Ammos, right on Mylopalatas Beach. This was a highlight of our trip, because of the family that owns this hotel and the Drakos Tavern underneath. Built over 60 years ago, this was the first hotel on the beach, which is now a top destination. George gave us a lovely room that overlooked the ocean, and his cousin served us dinner at the family taverna downstairs, where we ate octopus, fish and mussels caught that day in the ocean.

On our last day, we took a bus to Maganari beach, a charming bay on the south side of Ios. It was so clear that we could see Santorini from our beach chairs. We returned to Athens on a fast-speed ferry, another change in our agenda, much more enjoyable than flying.

Our trip was unexpectedly spontaneous, full of rich and authentic experiences. Being able to live in the moment, follow the waves, and change direction like the breeze, made it even more exhilarating and memorable. I have a feeling the universe was sending us a clear message: just go with it. It’s a lesson I will remember. 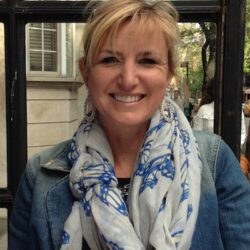 Raised in South Florida, I now split my time between two of the world's most amazing cities: Toronto and New York. With my adventurous and willing partner Tom and daughter Alyx by my side, I revel in the mind blowing perspective of authentic travel experiences in off-the-grid destinations like Colombia, Brazil, Nicaragua and Thailand.