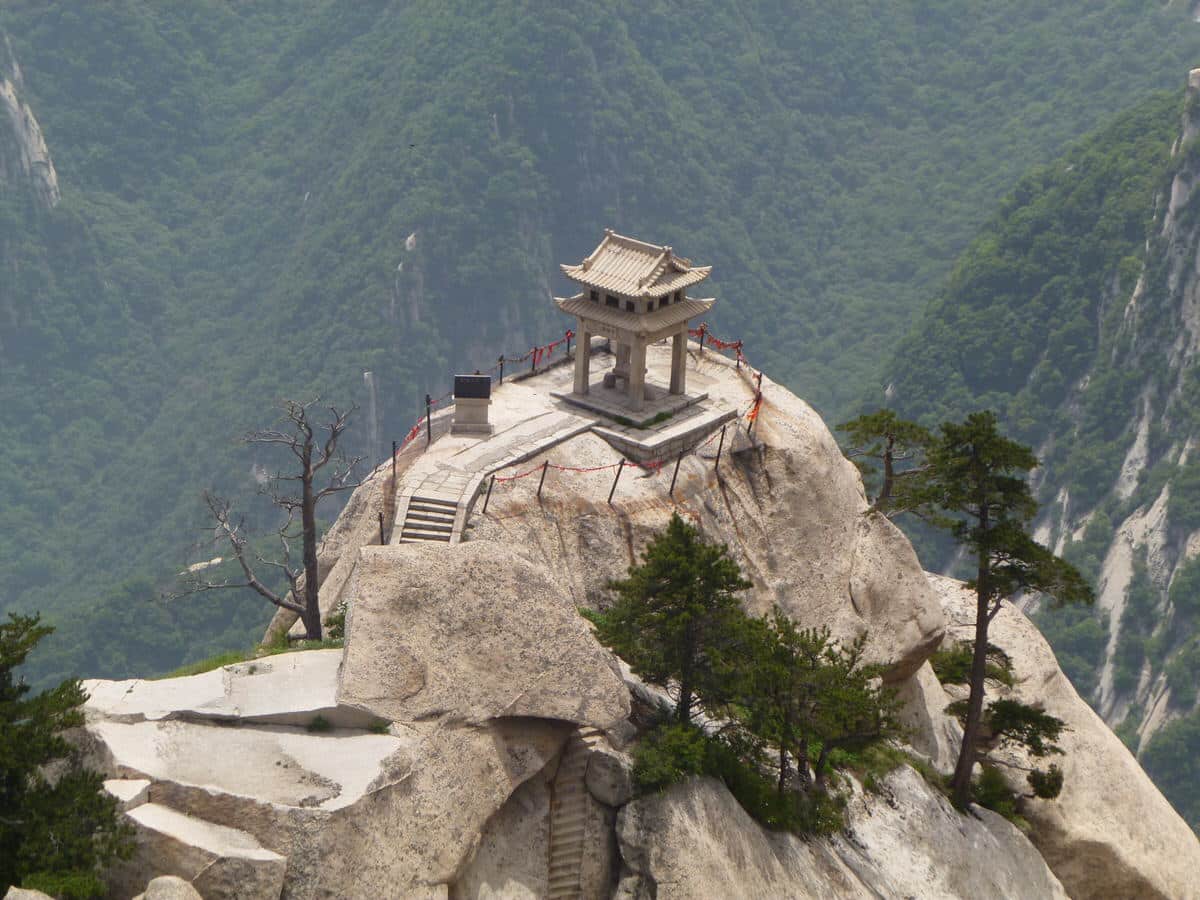 With one of the most preserved cultures and protected heritage centers, China is world-famous for its innumerable mountains. Over the centuries, famous Chinese Emperors have made religious pilgrimages to these mountains, clearly defining their spiritual importance.

Here are the Five Great Mountains and Four Famous Buddhist Mountains that are uniquely outstanding;

These five mountains were arranged according to the five cardinal directions: east, west, south, north, and center. 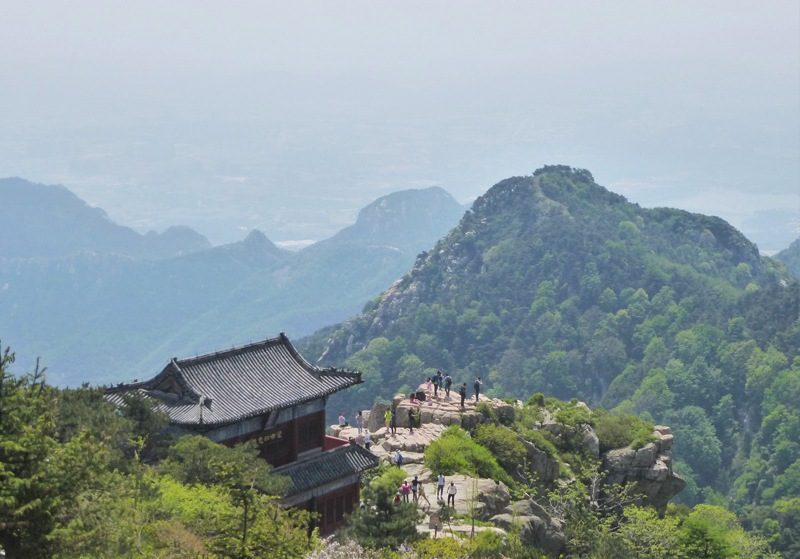 With its rich human history and culture dating back 3,000 years, Mount Tai has exceptional scientific, aesthetic and cultural values. Vouched for as the best-known sacred mountain in China, the artistic masterpieces found here blend with its natural landscape. The symbolization of Chinese beliefs and civilizations is prominent.

It is a revered cradle and a unique artistic feat, making it one of the most beautiful in the whole of China. With the mountain’s four pavilions, 14 kiosks and 11 gates, and the epic 6,660 steps are a journey and achievement in its self. 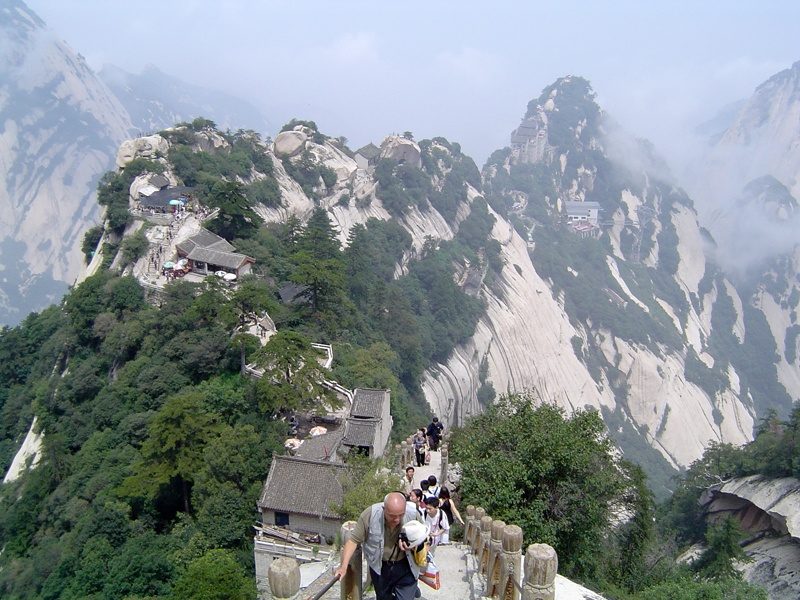 Huashan referred to as the most precipitous mountain under the heavens, its five peaks feature breathtaking cliff faces, offering a challenge to explorers. This 2,154 meter-tall mountain is particularly dangerous to hike during the peak summer months.

The mountain lies south of the Huashan village; more of a city. Historically, it is treasured as having hosted several Taoist monasteries. This earns it a place among the five holy Taoist Chinese mountains. Traditional Chinese martial artists still view it as their center of practice. It can be reached by bus or train, with cable cars providing the easy option

When referring to it, locals call it Nanyue or the South Mountain. Its 72 eminent peaks are a rare scenery right from Hengyan City. All the mountain peaks are covered in dense, green trees, most of which are 300 to 400 years old. Some trees are over a thousand years old and resemble old men wearing tattered clothing.

In summary, people refer to the spectacles here as “the 8 marvels in Mount Hengshan”. The abundance of temples here clearly designate it as a most hallowed Buddhist site. Get a rare treat called the ‘four oceans’ from its peak; this includes the view of ocean of trees, ocean of flowers, ocean of snow and ocean of cloud. 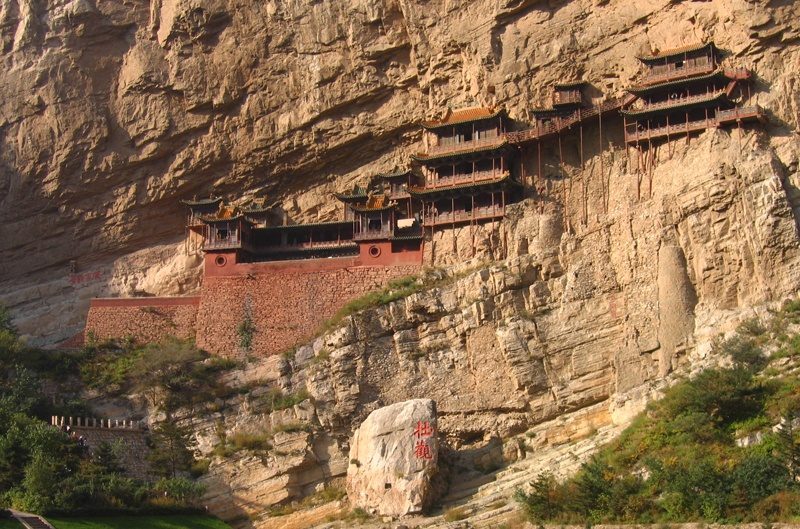 Located 62 kilometers from Shanxi, it has been considered sacred since Zhou’s Dynasty. The Quanzhen Taoist call it their holy land. All the monasteries and temples lie on the Southern slope while the steeper northern slope has vast pine trees, a view to behold.

Within three hours of arrival, you should be at the top of the main peak; in June, the breathtaking summit is completely covered in lilac blossoms spewing their fragrances. The hanging Temple, Golden Dragon Gorge, Hengshan Monasteries and Temples and the Hengshan Pine marry amicably with the environment. 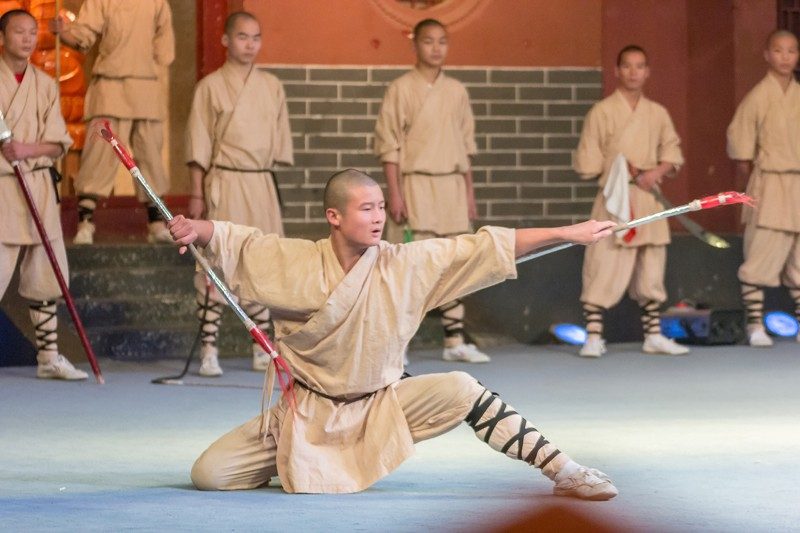 This sacred mountain has attracted a huge number of geological studies, mountaineering activities and a perfect spot for sightseeing owing to its unique history. From its gate, visitors watch the moon in close proximity while taking in the Shaolin Temple’s landscape. With its eight scenery spots, there’s no shortage of marvels here.

The geographical conditions are advantageous for all manner of activities including fishing and walking. The local foods offered here might be expensive but totally authentic and laden with herbal remedies.

These are four famous mountains of Buddhism libraries, cultural artifacts, magnificent Buddhist architecture and stunning scenery. The mountains attract Buddhists and tourists from around the world. 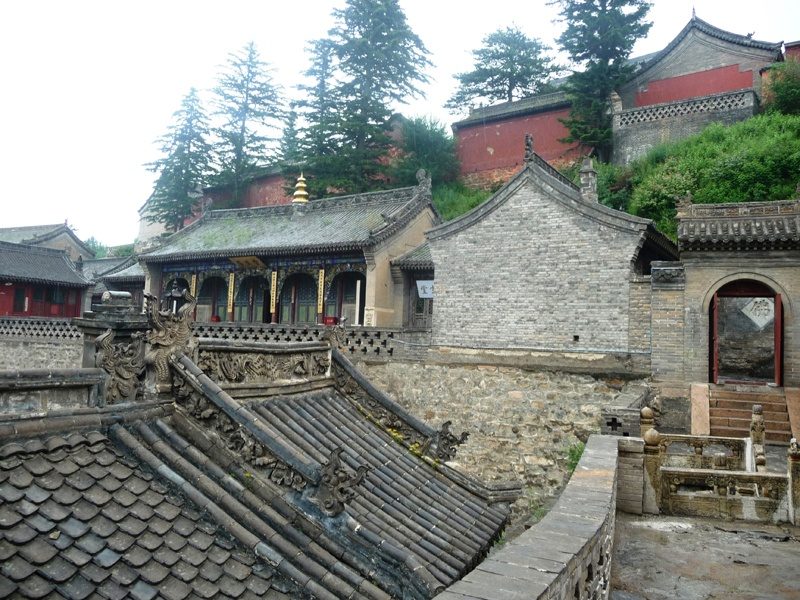 This UNESCO World Heritage Site is still a popular pilgrimage location for hundreds of Buddhists; they view it as the emanation of wisdom. It is abundant with vegetarian foods. The cold weather calls for proper clothing even during summers. All the monasteries here offer free entrance.

Sample the beauty of the Fomu Cave or the sprawling expanse of the Five Plateaus. If you’re up for mountain climbing, the Dailou and Pusa Peaks offer great expeditionary challenges. 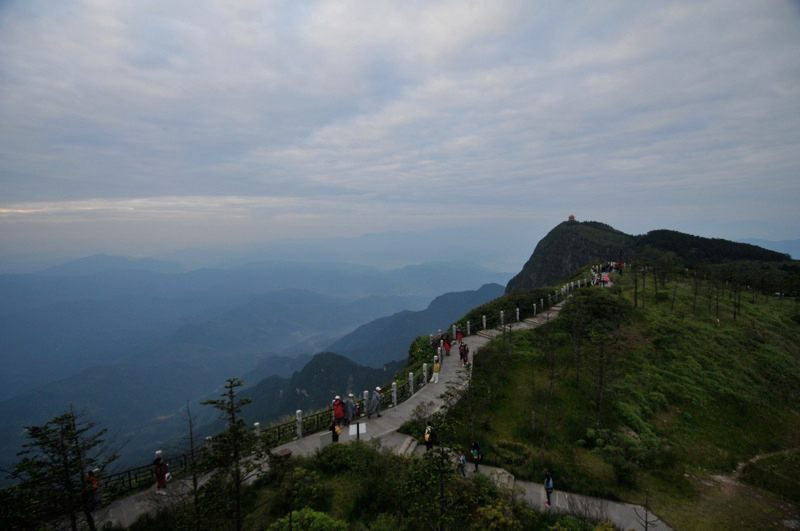 With more than 100 monasteries and Temples, this mountain is an invaluable center of refuge and a classified UNESCO site too. Rising 3,099 meters above sea level, it represents great value and practice ever since Buddhism arrival in China. It lies towards the south of Sichuan.

The Golden Summit attracts many visitors eager to see the towering Samantabhadra multifaceted statue up-close. The thigh-shattering climb up Baoguo is worth the view when you get to the peak. If you’re tired of hiking, why not take a sedan chair carried by locals? 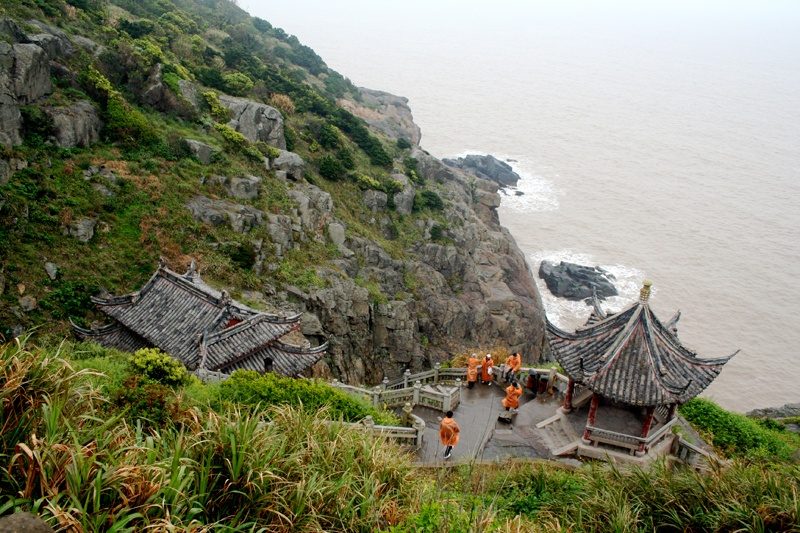 This island in Chinese Zhejiang province is only 297 meters high. Since ancient times, the mountain has been dedicated to the Goddess of Mercy known locally as Guanyin. On arriving at the port, you are served by the helpful accommodation bureau, ensuring your comfortable stay and boundless adventures.

After sampling the numerous monasteries and sites here, wind down at either of the two beaches; the Hundred Step Beach and the Thousand Step Beach. Cable Car rides to the mountain top are conveniently available. 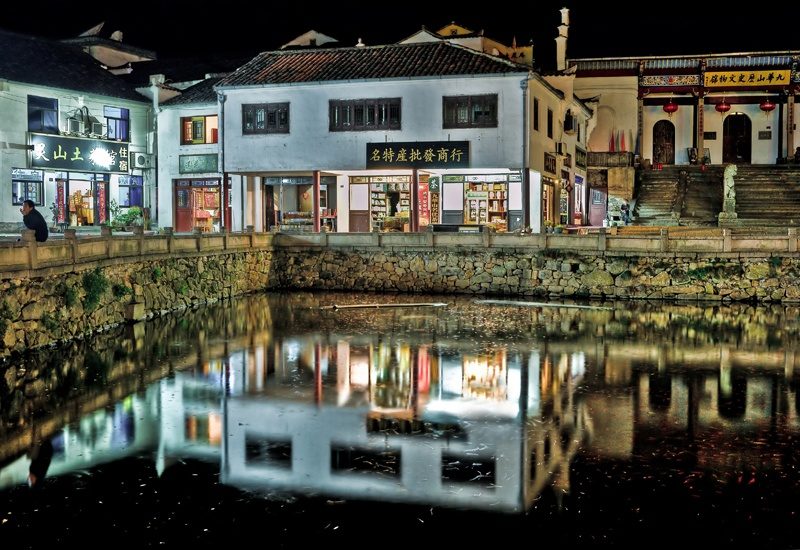 Found in the Chinese Anhui province, the term translates to ‘Nine Glorious Mountains’.  Home to a dazzling 350 shrines and temples. The Chinese Buddhists greatly revere it, with most aiming to climb Tiantai, its tallest peak. Over 3000 monks and nuns live here in serene peace and beauty.

As a visitor, the magnificence of the mountainous scenery with its 99 peaks is a memory to treasure for a lifetime. When you’re off the cable car, you can hire a porter to cater for your bags during the hike. Watch the monks make their way to Diyuan temple during the evening. In total, the expansive mountain has 14 ridges.

If you’re traveling to China, you would do yourself great justice by visiting these sacred Buddhist Mountains.

Peter Hanson loves travelling by motorcycle. Over 8 years he has gone to a lot of countries. Each destination, he always records his impressions of the journeys.

Visit his blog to read more articles about motorcycle travelling and helpful tips! 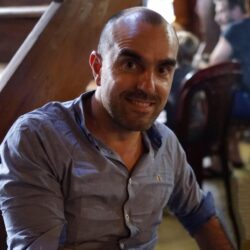 A reel from our time in London seems appropriate on this day. RIP Queen Elizabeth ll
Window From the National Maritime Museum in Greenwich, London
A walk in Carnaby Street,London
Carnaby Street, London..
Hamstead Heath, London - Summer day
Night at the museum in London
Loading Comments...
%d bloggers like this: