The Nineties meant a lot to me: I graduated from high school, I passed my driving test, and I spent hours watching the same old movies over and over. In some cases I even learnt the lines by heart. Back then, two titles made it to my top ten: Singles, released in 1992 and, in 1993, Sleepless in Seattle. Many will question my choice of movies and their importance in the global history of cinema, but those two played a fundamental part in my personal history: thanks to them I was able to acknowledge the existence of Seattle and put in on the map.
My peers know it: back them you couldn’t just Google stuff you didn’t know. If only Wikipedia would’ve been available in 1993, I would have learned that Seattle is the capital city of Washington state, on the west coast of the United States, just a hundred miles from the Canadian border. That kind of knowledge wasn’t available to us, and maybe this is also one of the reasons why Seattle became THE place I wanted to travel to.

My dream came true years later, when probably neither Meg Ryan nor Tom Hanks remembered having starred in that movie at all. Yet, time didn’t curb my enthusiasm. Quite the opposite: on my first trip to Seattle my feelings for the Puget Sound city grew stronger than ever.

When I walk out the doors of the Warwick Hotel I smell the air of the city. Maybe I’m the first person to experience it, or maybe it happened to other people too: walking along the streets in Seattle early morning is unique. It’s early March, it rained the previous night and the sky is still overcast. There’s a peculiar smell in the air: it’s a mix of fir sap from the Olympic Mountains and of sea salt from the Puget Sound. If you stir the scent of the rain into the pot, everything gets even more special.

From Lenora Street I walk along 4th Avenue without seeing anyone for at least two or three blocks. It’s when I get to Vine Street that I meet men and women walking purposefully, yet without the frenzy that you come across in most big cities. So if people striding along the sidewalks of New York City, Chicago and London wouldn’t even notice me on their way to the office or to school, here at least a couple of persons nod at me. Guys on their fixed bikes stop to let me cross the road and when I thank them, they smile back at me. I feel like I am in a city with real human beings rather than zombies. After just some hours I have the impression that I could easily feel at home. 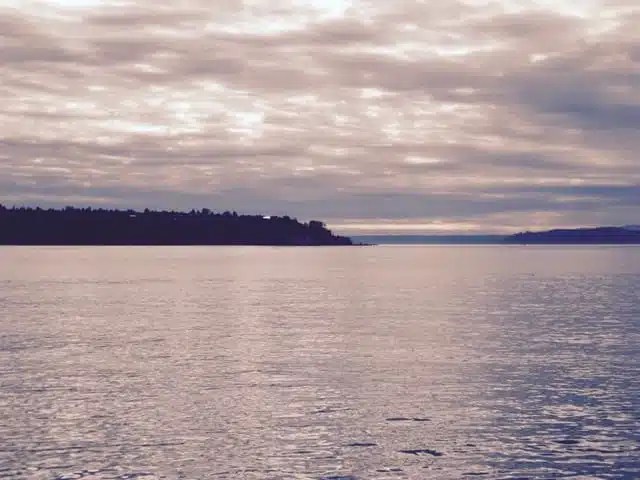 This is so touristy that probably true Seattleites refuse point blank to ride it. But I am a tourist in this city and I wouldn’t miss the view from the top of the Space Needle. The ticket costs about 20 dollars but the ride is worth the money. It’s nine o’clock in the morning so other than me and the woman in charge of the ticket office, there only are three other persons waiting for the elevator that in a minute takes us up to the Observation Desk at over 600 feet. I read on the leaflet that the Needle was built to celebrate the 1962 Seattle World Fair and that for years it was the tallest building west of the Mississippi River. There are no words or pictures that can describe the view from the top of the tower: Mount Rainier still covered in snow, the city below with its streets crossing by right angles, and Elliott Bay with its small isles. 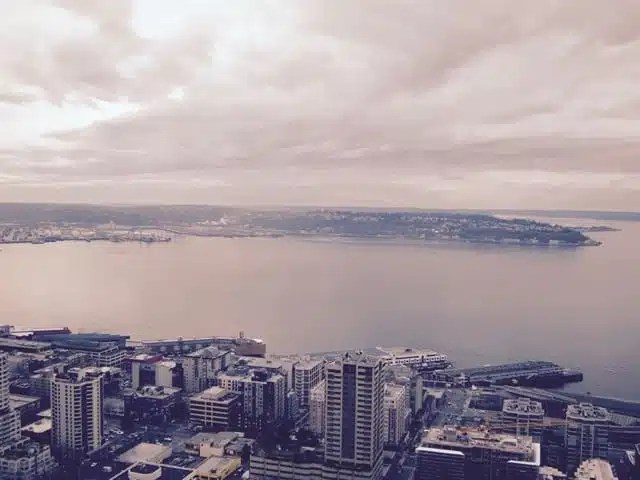 The sign Public Market in red lettering is possibly one of the most easily recognizable worldwide. For sure, Pike Place is one of the oldest operating markets in the entire world. It’s nested between Alaskan Way and Pike Place, and it welcomes its customers 363 days a year. The Pike Place Market owes its reputation to the fishmongers from the Pacific Northwest and from Alaska but, truth to be told, there’s a wide range of other fresh foodstuffs on display: from cheese, meat, bread, beer. The north side is completely devoted to local artisans who sell their handicraft including pottery, jewelry and paintings. 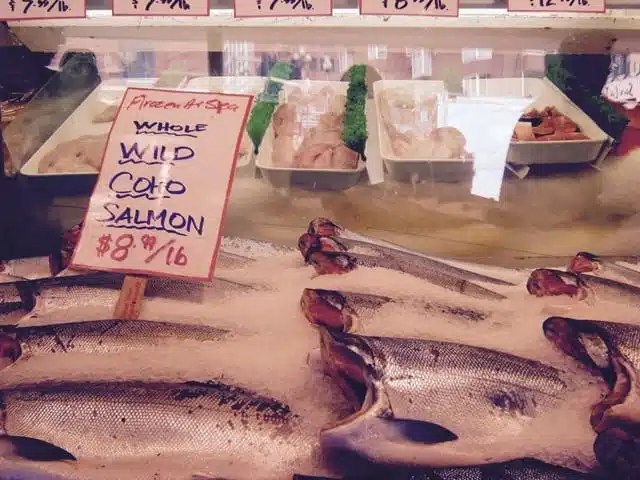 It’s always crowded, and it is probably one of the best places to go for a meal. The market stalls offer a good choice of street food: one can have a crab sandwich, followed by a clam chowder. For those who’d rather have a full-fledged meal, there is a vast array of restaurants to choose from. I cannot but chose the Emmett Watson Oyster Bar, where I order from the oyster bar and the Pike Place Ale, a beer from one of the local breweries. 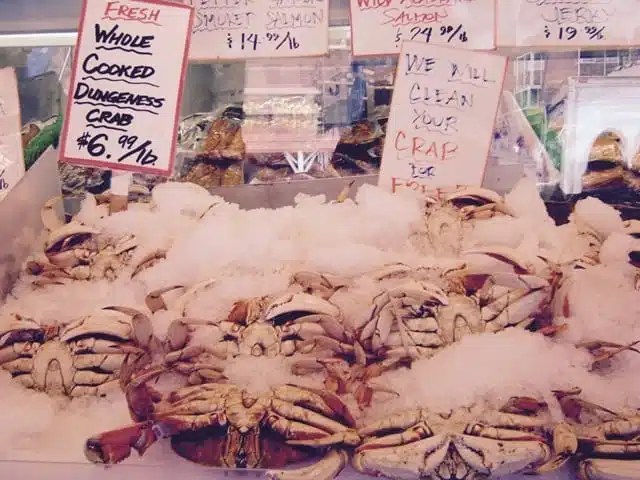 Seattle is the hometown of grunge and of Microsoft, but it’s also famous for its role in coffee culture. I read somewhere that Seattle has the most coffee shops of any other city in the country: I can no longer find the source of this trivia, but I bet it’s true. There is a café at every corner, at the point where one could follow the smell of roasted coffee from afar and get to Seattle. Some say that coffee was created in Seattle, and in a way it is true: that’s where Starbucks opened its first outlet in 1971, right in front of the Public Market. On a personal note, I am with those who say that Starbucks is the place for people who don’t like coffee, and therefore I’d rather drink a mug of dark coffee, no sugar, in one of the 700 and counting independent coffee shops of the city. Among the most popular are Victrola Coffee, or the Lighthouse Roasters. Closer to Pike Place is Beecher’s, a small café serving an excellent selection of local cheeses, soups and sandwiches. 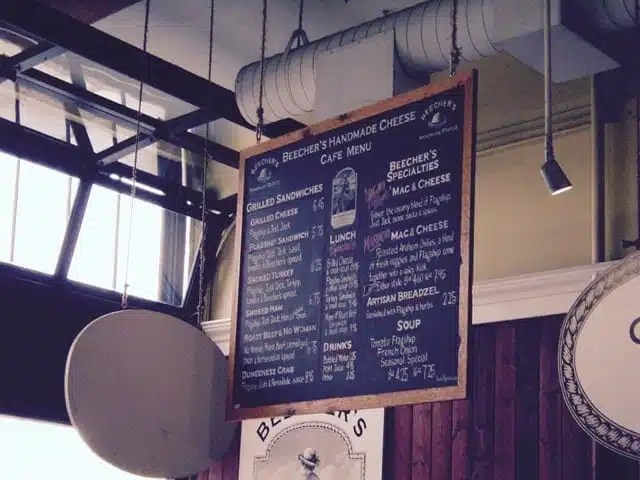 All I need is a handful of hours, some coffee, a farmers market, a dish of oysters and a breath-taking view to know that my feelings towards this city are not fleeting. What’s going on between Seattle and me is indeed An Affair to Remember.