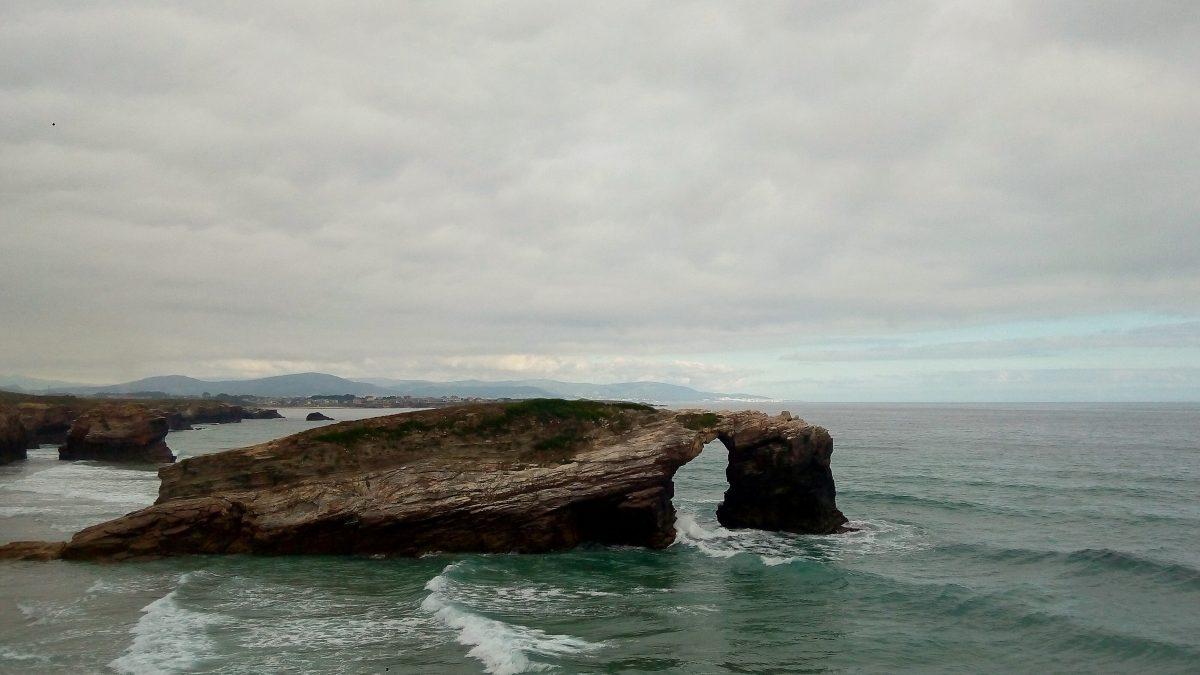 I had heard marvelous things about Galicia, and seen some stunning pictures. A friend of mine was born and raised there and she insisted I should visit. Yet, for one reason or another I never did – after all it seemed so close and easy to reach (indeed, there are direct budget flights connecting Santiago de Compostela to the United Kingdom) that I could just go any time. So I kept postponing.

Yet, walking the Camino de Santiago has always been one of my dreams, and this ends right in Galicia’s capital Santiago de Compostela. So I decided it was time to go. I was in the mood for something a bit more challenging, with a more varied landscape and I was looking for more of a solitary experience, so I opted to follow the Camino del Norte route among the various pilgrims routes. I started in the Basque Country, went through Cantabria and Asturias, and eventually entered Galicia to reach Santiago.

All I can say is that Galicia totally met – and in fact exceeded – my expectations. The beaches are amazing – very different from any other beach I have seen and surely a world apart from those I am used to. The small cities are lovely places to wander around. There is some great hiking. There are some beautiful sites and churches. Santiago de Compostela is full of character and atmosphere. And the people are kind and welcoming.

Playas de las Catedrales is one of the most spectacular and unique beaches I have ever seen, and it completely deserves its reputation for being one of the most beautiful ones in the world. The rock formations that characterize it have been carved by the wind and the sea, and the effect is that of curious shapes that are nice to observe.

Galicia is the arrival point of the Camino de Santiago, and as such there are several trails that go through it to reach Santiago de Compostela. The Camino del Norte route follows a path that goes from Lourenzá to Mondoñedo. This goes along some beautiful hills that offer lovely views of the countryside. It is very peaceful: I met very few people as I walked. Some of them were pilgrims on their way to Santiago. Others, more simply, were locals who went about their daily business.

Along this walk there’s various farms, all of them having their own horreo, an elevated grain store traditionally used to store corn and other grains and designed in order to keep away rats and other small mammals – it is for this reason that they are all elevated on granite legs. All horreos have a cross, which symbolizes the importance of Christianity to the Galician communities.

Relaxing in the peaceful, small cities

Mondoñedo, one of the various stops along the Camino del Norte, is a pretty little city whose cathedral square was declared a UNESCO World Heritage Site in 2015. The Cathedral-Basilica still has the original doorway, which is in Romanesque style; it has a beautiful rose window and Baroque towers, while inside the transept and the sacristy were built in Gothic style.

It is pleasant to just walk around Mondoñedo, or to sit and enjoy a drink, watching life go by as other pilgrims arrive, all of them pretty much exhausted (this is almost the end of the Camino, and fatigue is quite visible) and ready to relax for a while before continuing to walk.

Towards the end of the Pilgrimage

Most people who walk the Camino de Santiago do so for spiritual and religious reasons. They stop at churches and monasteries along the way. One of the most unique ones I have seen along the Camino del Norte, and one that is a focal point of the entire pilgrimage due to its proximity to Santiago de Compostela, is the Cistercian Monastery of Santa Maria de Sobrado dos Monxes.

This UNESCO World Heritage Site was originally a Benedectines monastery built in the 10th century and then abandoned at the beginning of the 12th century. It was then re-founded as a Cistercian monastery in 1142. The Baroque church, with its gorgeous façade, was built in 1708, while the Magdalene Chapel was built in the 14th century.

What’s so interesting about this church is that although it still stands beautifully, it is basically abandoned inside. It offers almost a post-apocalyptic scenario: there’s no furnishing, no paintings, no gold, statues and crosses inside. Just the bare floor and walls.

Annexed to the church and the monastery, there’s also a pilgrims’ hostel, where people on their walk to Santiago are welcomed by caring friars.

Santiago de Compostela was declared a UNESCO World Heritage Site in 1985. It is the arrival point of the many pilgrims routes. Every year over one hundred thousand pilgrims arrive here on foot, bike and even horseback, after a trip that combines adventure, spirituality and conviviality.

Santiago is beautiful. The Cathedral is a real work of art, the square in front of it large yet embracing and the views from the top stunning.

The atmosphere of Santiago immediately captured me. People all around looked exhausted, yet happy and accomplished for having finally arrived. Locals were going about their business – it was late afternoon when I got there, and they were sitting in the squares, chatting to friends. All around the city, young groups of people went around singing, happy and celebrating having finally completed their pilgrimage. Some sat in front of the Cathedral, almost in disbelief that they had managed to get there. I talked to a few others – some had a solitary experience, and asked me eagerly if I could finally take a picture of them. The smile on their face said a lot about their journey, both interior and physical.

The city is packed with nice bars and excellent restaurants for all budgets, to accommodate the multitude of pilgrims. That’s where my trip also ended, in front of a delicious dinner and a lot of Galician white wine, mingling with the friendly locals who were curious to know about my experience and proud to see me falling in love with their region.

How could I not, I told them?

Galicia stole my heart – and it will steal yours too.

This article is written in partnership with Spain Tourism Board and the local tourism board of Galicia, and in cooperation with The Travel Mob as part of the #InGreenSpain and #VisitSpain campaigns. All the views and opinions expressed are my own and based on my personal experience. The views expressed are honest and factual without any bias. 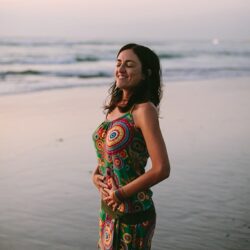 I'm a former human rights lawyer and academic. I abandoned my career to follow my true calling, which involved rafting down mighty rivers, zip lining across canyons and trekking to the craters of active volcanoes. Through my blog I share my stories, provide tips and occasionally go on a rant. My mission? Hiking up all volcanoes in the world!