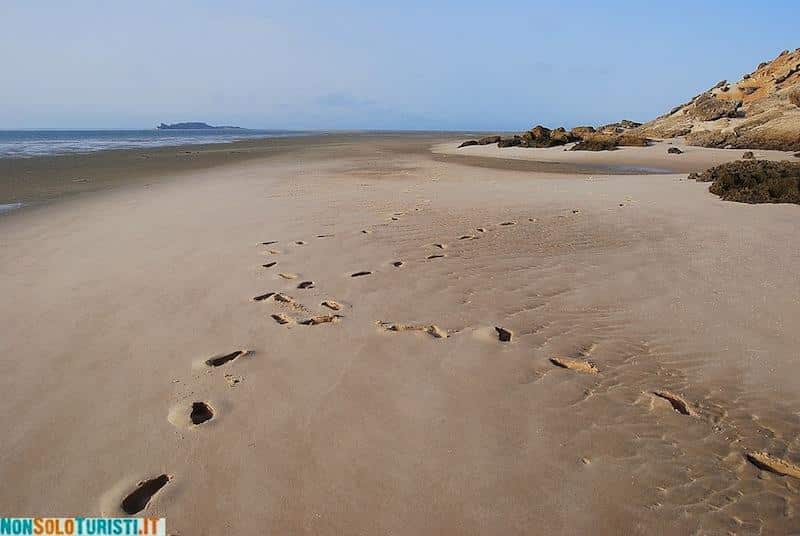 A coach full to the last seat proceeds among the majestic sand stretch of the Western Sahara. The contrast between the outdoor temperature – hardened by a scorching sun – and the inside of the bus – softened by the air condition – is almost solid. At the sight of the border police the coach slows down and stops in front of the pale building stretching the only shadow in kilometres. Driver and policeman exchange salaam al eikum and the only Western traveller is asked to step out and show his papers.

The same show goes on about a dozen times. That’s how you get to Dakhla, in the heart of Western Sahara, whose authority lies with the Moroccan government although the area is disputed with Mauritania and Algeria, other than the independentist movement of Polisario, which started an armed struggle against the established nations in order to gain parcels of sand and stones it could call a homeland.

That’s how the coach ride starting from Casablanca and expected to last about 24-26 hours, easily stretches beyond the 30 hours if a Westerner is travelling on board. At least if there aren’t any accidents, but in the Sahara accidents happen quite often, and the temperature take the materials’ resistance to its limit, as well as the shay road the drivers’ reflexes.

While such a coach was taking me to Dakhla, a sudden crack interrupted our journey. Boujdour, to the north, was already 150 kilometres far, and Dakhla still 200. The crack was but the sound of a tire explosion due to the hot temperature, and I was already imagining myself in a line with fiftysh more worn out travellers, looking for help in the endless desert. But as in the sea, also in the desert mutual help is common practice and the Moroccan people never drive beyond without stopping if someone is in need. Beside, we were driving on the only road available and in a few minutes we were already surrounded by truck drivers and random tourists ready to land a hand.

And honestly we didn’t need that much help. Our two drivers and a bunch of passengers were already changing the tire, and no one of the others even thought of speaking out a word to complain. And even if delayed, the journey is absolutely worth since the destination is Dakhla.

Dakhla lies at the end of a thin peninsula, a stretch of sunburned land parting a lagoon and the desert from the Atlantic Ocean. It’s not much the town itself the prize for the stubborn travellers, but this very lagoon, an unreal landscape of sand and water constantly beaten by the wind which makes it the absolute paradise for kite surfing.

After all the struggle to get there, I found enjoyable cover in a camp hosting kite surfer and I spent a week sipping with delight every dawn and every sunset. And trying my ability with the kite of course: I smashed my face in the water so many times, I’m sure there is still the layout of my profile on the waves.