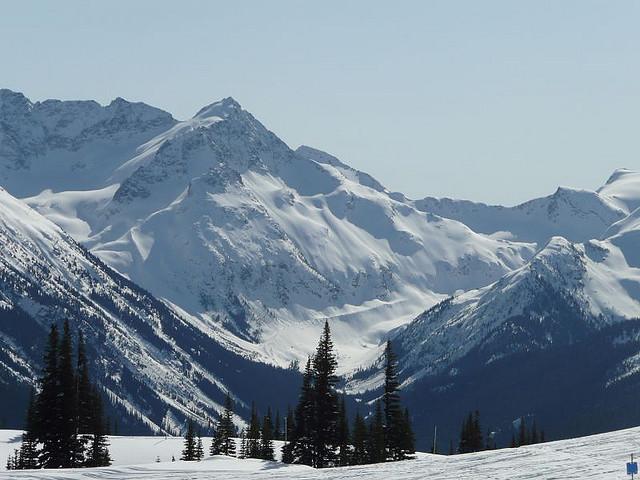 In April, Whistler Mountain hosts the World Ski and Snowboard Festival.  Some of the best skiers, boarders, and personalities of the sports assemble in one place for great times and incredible ski conditions.
If you need something to do in April 2015, mark your calendar now. You’ll want to enjoy the following festivities taking place on Whistler.

Do you like free music and constant live entertainment?  Last year, De La Soul, Cut Chemist, the Original Wailers, and other musical acts entertained goers.  There are plenty of free concerts during the festival as well as exclusive parties and nightclub events.

It’s a ski and snowboard festival, but herds of artists rush to and reside in the area.  The 72-hour filmmaker showdown inspires directors to put on their best show given 72 hours to shoot, edit, and produce a three-to-five minute short film.

Spectators and competitors alike covet the thrill of ‘big air’ tactics and tricks.  Snowboarders compete for a purse worth $25,000, flying high and coming off a 70-ft table jump.  There are several competitions and demonstrations of skiing and boarding excellence slated, yet you’re sure to find open ski exhibitionists all over the mountain during this time.

Would you like to buy, test, and lend opinion about the latest in ski and boarding gear?  The Demo Park, outside the Roundhouse, presents opportunity to snow-test equipment.  Whether you’re a novice or expert, get your hands and feet on cutting-edge technology.

There are a number of places to stay around the Whistler Mountain area.  Check Whistler Blackcomb lodging info along with checking the Festival’s official Facebook page for tips leading to coupons and savings.

Aside from the big air contest, slopestyle contests, which demand increased technical skill and skiing discipline, are in the lineup.  Debuting at the past Olympic Games, slopestyle grows in popularity.  The contest takes place at the Highest Level Park on Blackcomb.  The right jumps will be open to the public throughout the week except on days of events.

There’s no shortage of slopes at Whistler, and the area leaves no stomach wanting of great healthy foods.  Merlin’s Bar and Grill, located at the base of Blackcomb, provides a local feel along with an old-school recreation room for those enjoying nachos and knocking back a few suds.

The Garibaldi Lift Co. turns partying into an art.  The patio provides breathtaking views while guests chomp on appetizers and drink beers and spirits.  Open each day from 11 am until ‘late,’ the after dark crowd includes locals and reoccurring visitors.

This April, it will be hard to find a better place to be than B.C.  The World Ski & Snowboard Festival attracts ski bums and excited newcomers from all over the planet.  With food, drink, music, art, and the world’s most incredible skiers providing the entertainment, there’s little reason to find alternative plans for spring skiing this season.  Be there in April or you’ll need to wait an entire other year for similar entertainment opportunity.

Kevin Martel tries to get to the main ski festivals around the U.S. each year. When he’s not traveling, he’s sitting at his desk penning about his next adventure. Look for his informative articles on many ski, outdoors, sporting and recreational blog sites.

I contribute with articles, posts, photos, reviews, anything travel related to Thinking Nomads. Find out how to become a guest blogger!