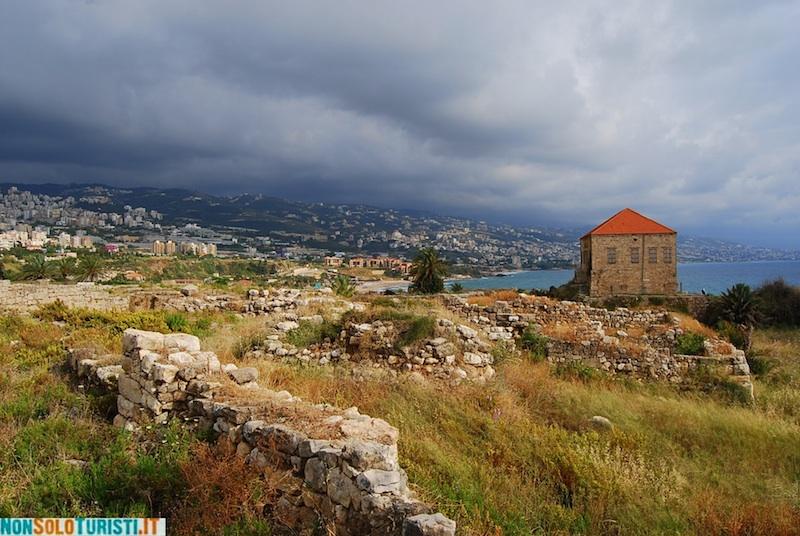 In order to understand Lebanon‘s complex society we need to dig into its history. And there are few stories in Lebanon with more ancient roots than the ones beginning in Byblos.

Byblos has become one of the country’s top tourist destination thanks to the many, wondrous historic landmarks. The first human settlement date back to at least 7000 years before Christ. The Phoenician historian Sanchuniathon – who wrote before the Trojan War – conveys a legendary origin of Byblos, founded by the titan Chronos as the first Phoenician town. Nowadays Byblos is considered to be the most ancient inhabited city in the world.

The name Byblos comes from ancient Greek. The arab name is Jubayl, which comes from canaanite Gubal, used during the Bronze Age, a combination of the words gb (‘source’ or ‘origin’) and El, the supreme goddess of the town’s ancient pantheon.

The fragile balance the Lebanese society stands on mirrors itself in Byblos vicissitudes. In 13th century the Mamluk rulers banished the Shiite people, who survives today as a little minority group among the Maronite majority.

The civilizations who run through the town left indelible marks. Many of them were buried under the debris moved by the sea during the centuries. The French started digging in the Twenties and went on for forty years. They uncovered Crusade fortresses, Roman theatres and Phoenician graves.

Meanwhile Lebanon grew richer under French mandate, and gained independence in 1943. It became a reference point in the Middle East not only for diplomatic relations, but also for international tourism.

In 1975 the tensions among the different religious groups – manipulated by foreign powers – escalated into the Lebanese Civil War. Then came the Israeli invasion, aimed to using Lebanon as a buffer state against the Palestinian artillery. Now the clashes have stopped, but the country still suffers from the Syrian and Palestinian crisis, and at the end of June three suicide bombs shook Beirut.

In 2006 Byblos’ walls and port were heavily damaged because of the war, but in the last years the town went back to its former splendour as a popular tourist destination. The archeological site, surrounded by the medieval walls, includes the ancient Phoenician temples, the Crusade castle and the Abdul Majid Mosque.

Close to the site, the old town and the suks enchant the visitors with a number of restaurants, bars, shops and boutiques.