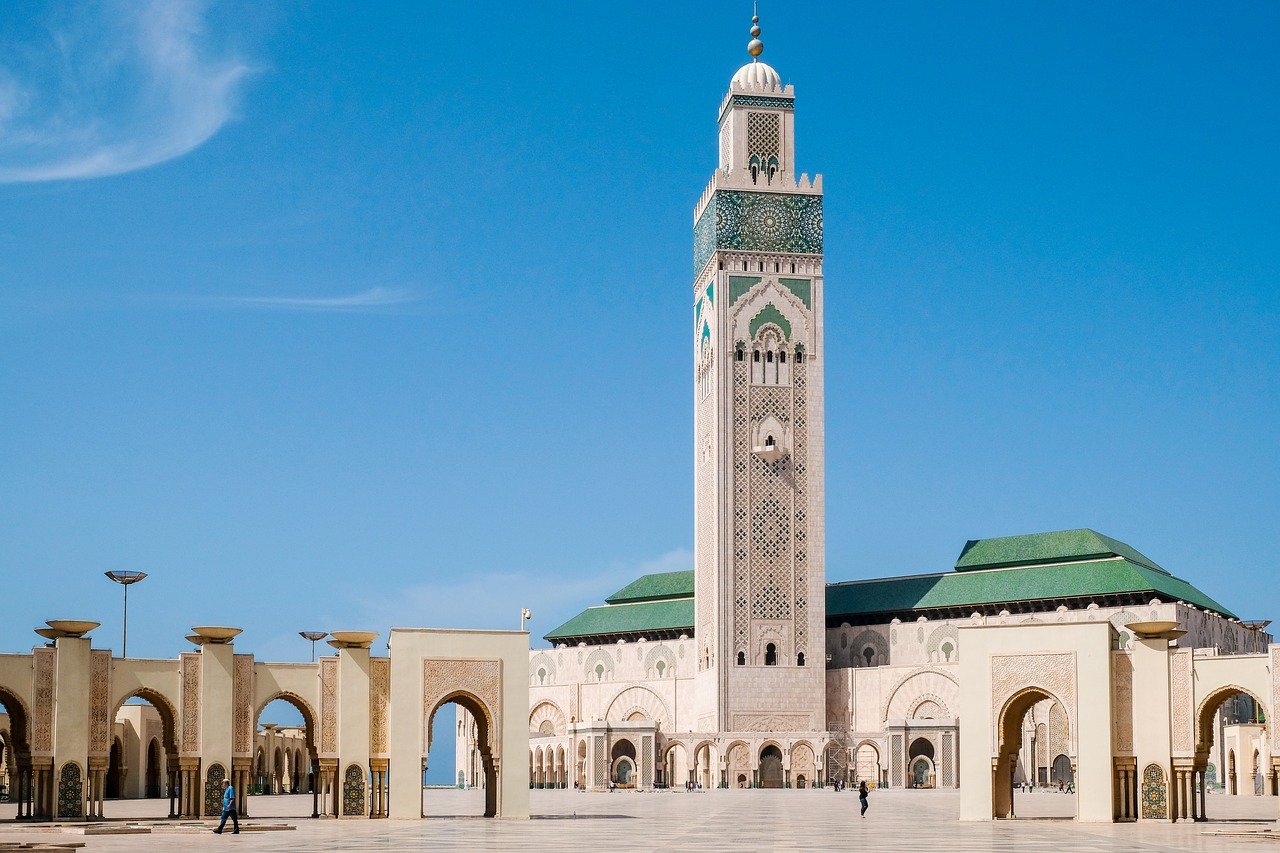 They say that Morocco has four capitals: Rabat is the administrative centre, Marrakech the cultural one, Fes has the spiritual leadership and Casablanca is the financial capital. Of all four, the latter is the less beloved by international tourism, infamously notorious as chaotic, polluted and dangerous town. But you can’t say you know Morocco if you have never seen this side of the country’s eclectic path towards modernity.

With four millions inhabitants, Casablanca is Morocco’s most populous town, which through the years inevitably led to the rise of criminality and pollution, as in any other big town. On the plus side, there are a lively cultural scene – also due to the many foreigners studying and working in town – an intense night life, reliable public means and the remarkable feeling of not being just a wallet on two legs to whom five time the usual price always applies.

Anyway, the first impact with Ad-Dar Albayda – the Arabic name meaning ‘white house’ – may be a bit traumatic, so here are a few hints to get through it as painless as possible.

Walking around town isn’t exactly an idillic experience: the traffic is dense and the traffic rules are taken into consideration the same way you would follow a fly in a dark room.

Bus service is effective and convenient (one fare comes at 4 dirhams, about 40 euro cents), but handling the lines’ map needs some expertise.

The tram is far more simple and comfortable, but there is only one line cutting the whole town and eventually splitting in two directions: one for the beach and the other for the southern suburbs.

Finally, there are two kinds of taxis: petits taxis are red and work as you may expect in Europe or the US, except for the fact that they keep loading people on their way; grands taxis are white old Mercedes following the whole day the same route and stopping at request.

The town’s symbol is the magnificent Hassan II Mosque, Africa’s greatest mosque, the seventh in the world. The minaret counts sixty floors and from its top a laser light is directed towards the Mecca. The mosque is open to the public, but entrance is only allowed at specific times (every two hours starting at 10 am).

Not far from the mosque there is the ancient medina where the main role is played by the suk, the traditional market where visitors may find any kind of item for a cheap price. Behind the mosque, instead, there is the coastal area known as Corniche, a wide boulevard stroked by the waves for kilometres, up to the large Ain Diab beach. At night the boulevard is the centre of mundanity, with clubs, restaurants, cabarets and more.

Beyond the Corniche a tight passage connects the land with the island of Marabout de Sidi Abderrahmane, inhabited by witches and fortune tellers. For 50 dirhams – about five euros – you may have your future told with the cards, before being offered some fancy amulet at a much higher price.

Make your choice: from sandwiches stuffed with fried fish for five dirhams on the street, to the traditional tajin in Moroccan restaurants and sophisticated ethnic food in acceptable – although very expensive – Italian, French, Spanish, Japanese and Chinese restaurants.

In most cafes you may get sandwiches, omelettes, salads and french fries, but if you really are out of options just go for a shwarma and you won’t regret it. By the way, Friday is cous cous day and many places will have it ready on this day and no one else.

Drinkers will find their share in cheap bars more similar to clandestine gambling halls where local beer and cheap spirits are served. But if you need more features, just head to one of the many international bars: you will find music and atmosphere, but also a higher price range. A good intermediate option is La Cigale, an authentic Moroccan bar with a distinct character: in the basement drinks and snacks are served for a reasonable price while music and live shows entertain the audience.