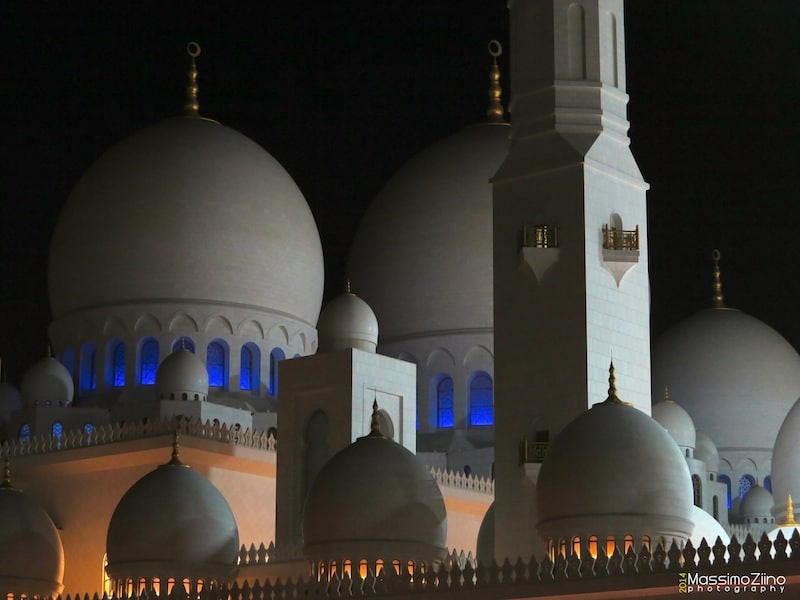 The Great Mosque of Sheikh Zayed in Abu Dhabi is UAE’s greatest mosque, the eighth all over the world (the biggest one is the Mosque of Al-Masjid al-Haram in Mecca, Saud Arabia).

The mosque can host about 40.000 faithfuls who can admire the world’s largest carpet – handcrafted in Iran – sumptuous chandeliers, precious marble objects and gold, beside over thousand columns, four minarets and eighty-two domes. The inside is just majestic and in the main hall there is one of the largest chandelier in the world, weighting over nine tons.

The Abu Dhabi Mosque was rised over an artificial hill. Among staircases and gardens, several water pools stretch all around the main building, reflecting the columns and the golden capitals. Differently than many others, Abu Dhabi Mosque is open to non-muslim visitors. 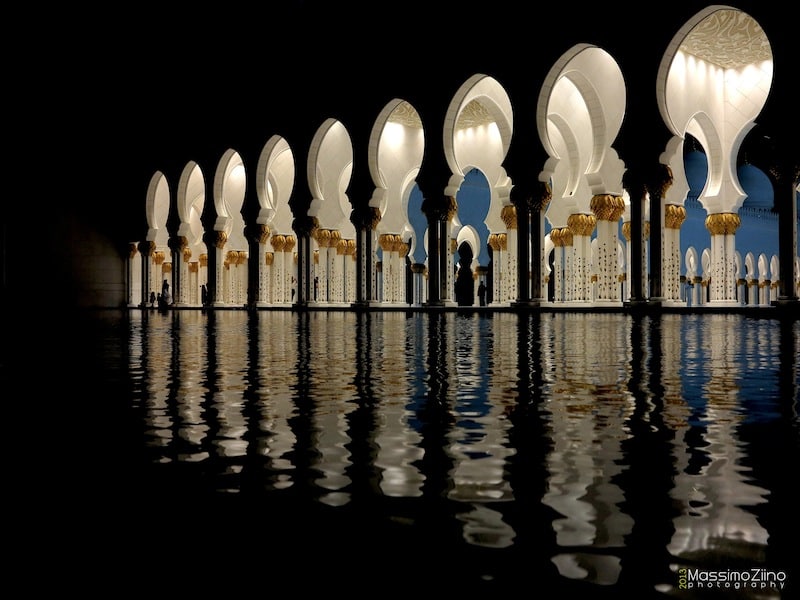 The mosque’s first official ceremony was Sheikh Zayed’s funeral. The sheikh, from whom the mosque takes its name and whose body lies within, was the one to lie the first stone. The construction started in the Nineties end was completed in 2007. His Majesty Sheikh Khalifa Al Nahyan, Zayed’s son, current ruler of Abu Dhabi and UAE’s president in charge, ended the construction of this incredible building, already considered one of the most important monuments in the world.

There is even a bit of Europe in the mosque, specifically a bit of Italy. The world renown Carrara marble has been used to erect the holy wall towards Mecca, and the Italian construction company Impregilo completed 67 per cent of the whole work, about 84.000 square metres.

The holy building is open every day but Friday morning – when the entrance is allowed only to believers – from 9 am to 10 pm, but the best time to visit the mosque is at sunset, when the warm light at the horizon offers a wonderful sight to photographers. 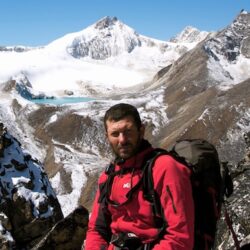 I'm a professional diver with thousands of divings all over the world. From the deepness of the sea to the peaks of Himalaya, I'm always looking for new destinations to satisfy my passion for photography.