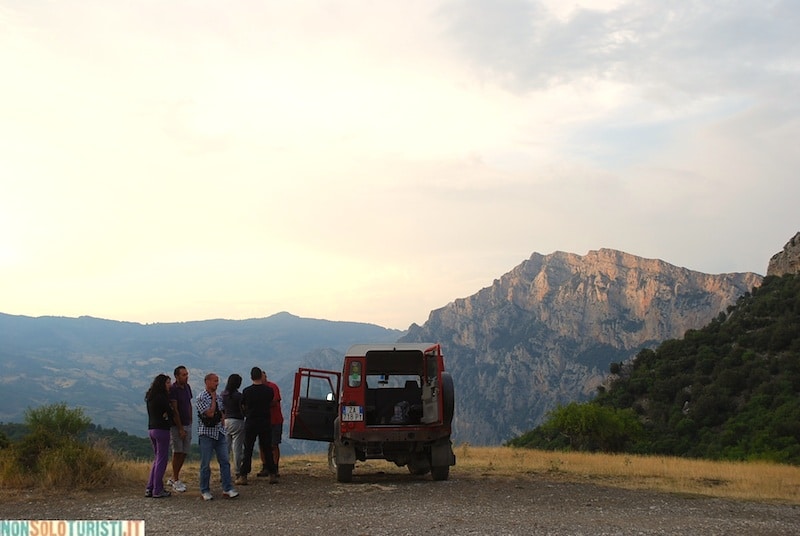 The Pollino National Park is Italy’s largest natural reserve. It stretches from Calabria to Basilicata, covering the provinces of Cosenza, Potenza and Matera. From the Pollino’s peaks – the highest one being Dolcedorme with 2267 metres – one can see the Ionian and Tyrrhenian Sea’s coastline. It’s a beautiful landscape, wild and harsh, with a rich vegetation ranging from silver firs to beech trees, maples and the majestic Bosnian pines – a rare kind growing only here and in the Balkans.

Many are the paths leading across the park through woods, mountains, valleys and clefts. Often an off-road vehicle is needed and in any case nobody should adventure too deep into the wilderness without a guide.

During my last stay in Calabria I took the chance for such a trip. We left from Civita, a small village with Albanian heritage overlooking the Raganello Valley, with a sturdy landrover. After a couple of hours we reached Coppola di Paola, a 1919-metre high mountain part of the Pollino Range, stopping a few times to head towards panoramic viewpoints by feet.

We continued through the Satanasso Valley and entered in the Forano Lake Woods. Advancing on Mount Sparviere (1713 metres) we reached Timpone Scorsillo – another rocky formation – surrounded by the smell of thyme and followed by couple of golden eagles.

Lunch was waiting for us in Terranova di Pollino, a small village in Basilicata, and the food was as astonishing as the whole trip.