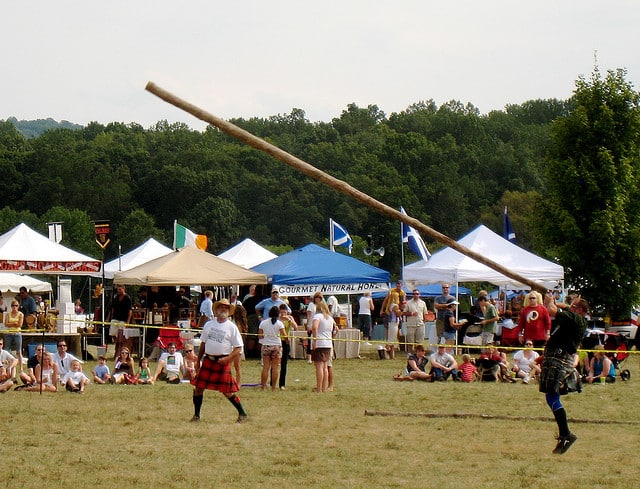 Travelling around the world gives you always the chance to see something surprising. Every country has its own traditions, every culture is unique.

I do not know what the britons had for breakfast in the last 200 years, but they came up with some of the most bizarre sport ideas human kind has ever put in practice.

This precious perl in the sports arena – probably developed in a pub after a heavy drinking evening – traces its roots in Seventies England and later scattered all over the UK. Scotland – who could tell – has been especially prolific in raising ferret legging champions. The challenge is simple: holding a ferret in your trousers for as long as possible. According to the rules, the ferret has to be healthy, adult and sober, and same goes for the participants. The present world record is five hours and thirty minutes. I just wonder how happy can a ferret be to stay that long in someone’s trousers.

Animals again. Men and horses are taken into an exciting race through hills and valleys, although this time they are running separately: no jockeys, just runners. And yes, it happened already that man won over the horses. Maybe the animals just didn’t feel like joining the race.

Those britons: if they are not abusing some animal they just go for violence. Breathing XVII century English air had to entail some heavy side effects, because that’s when they came up with this brilliant game: two challengers one in front of the other, hands on the other’s shoulders, trying to ground the opponent kicking in his shins. The key factors are agility and endurance. The miners, who brought the game to success, used to fight wearing shoes with iron tips and trained their endurance with hammers. Today, instead, they pad the trousers with straw. Such slouches!

This one is classic: I can’t wait to see it at the next Olympics. The very official event is  Cooper’s Hill Cheese-Rolling and Wake, every year during spring holidays. From the hilltop a nine-pound Double Gloucester is thrown just before the race starts. Full speed, the cheese hits over 100 kilometres per hour. The runners just flip a lot.

Another evergreen. A typically Scottish discipline, the game requires to throw an 80-kilo larch log, about six-metre long. And here comes the scoop: the whole point is not how far you throw the log, instead it has to turn on itself and land in a straight line and with the higher end towards you. What a great sport.