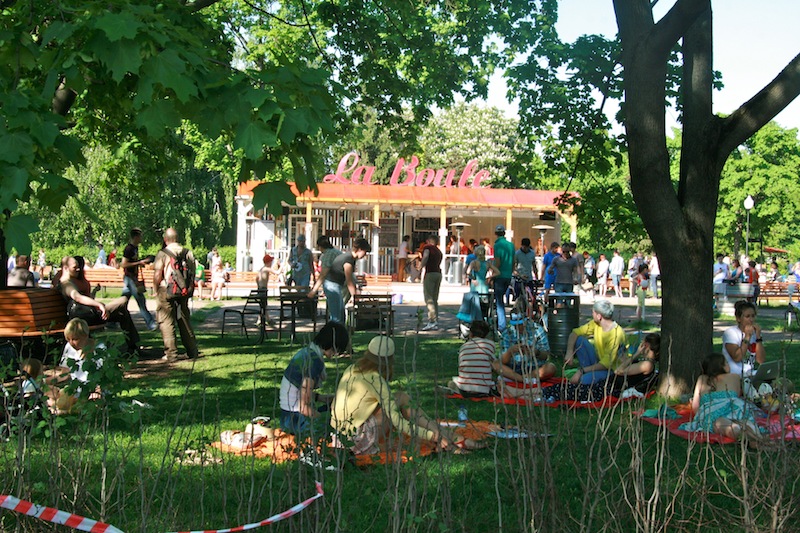 Most people, trying to figure out Moscow, imagine it grey, rainy and crowded. It’s all true. The buildings appear often as a whole with the grey sky and riding on a car in this town requires a good deal of patience and bravery. But this is not the only truth about Moscow.

The Russian capital hides several green lungs, which during the hot season show an unexpected amount of beauty and originality. We went to look for them, even if just the beginning, since Moscow sports no less than 98 parks and 18 public gardens.

Among Moscow’s many gems is Gorky Park. Located in the town’s centre on the river bank, this park includes one of the most charming spots in Moscow, and every season here has something to offer. During winter time the park hosts a huge skate track, which crosses it through its many little streets. Skating in the dark is an impressive outdoor experience, with temperatures sinking below zero. And in summer it’s even better, with an incredible atmosphere mixing together carnival and food festival. There really isn’t a corner unable to surprise the visitors: bar design, charming terraces, picnic areas, live performances and carousels… a small town inside the town itself which will never tire you.

If you prefer to explore Moscow’s surroundings, you should head south-east and reach the museum-park of Kolomensloe, an UNESCO world heritage. Located on the river bank, over a line of soft hills which allow you to overlook the whole town, Kolomensloe actually is an ancient village and it has been appointed park not before the Sixties. It offers 380 hectares of vegetation, green fields hosting elegant buildings, among them several religious ones as the stunning Cathedral of Ascension.

Expat for love, I bounced from Milan to Malesia, from Singapur to London, in just four years. Now I live in Moscow with Ale and our two children: Pippy and Piggy.