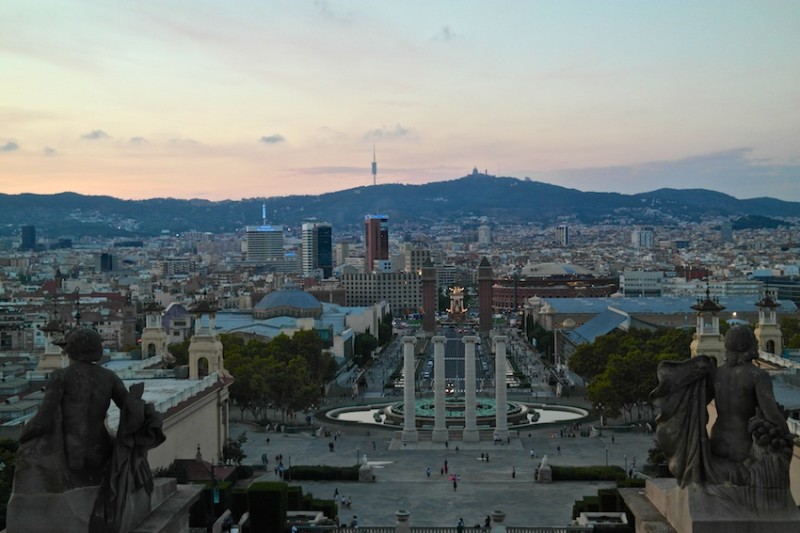 If you plan wisely, you may be able to experience all is worth – more or less – in Catalonia, the region in the south of Spain bordering with France.

Let’s start with Barcelona, the first leg of our trip. We tried to avoid the crowded tourist sites, as Casa Btllò or Sagrada Famìlia, and went to discover Barcelona through an unusual urban trekking in the town’s Gothic Quarter, led by a guide and photographer from Trip4real who showed us the most charming and scenic views of this area.

The following are the most interesting sites of Barcelona’s Gothic Quarter:

There is no better way to experience Barcelona than sharing a meal with a true Catalonian family. This is one of the many activities available on Trip4real: to be treated as an old friend by a local family and be allowed to dig deeper into their habits and traditions.

And talking about food, why not learning how to cook proper paella? A three hour class with bcnKITCHEN will put in your hands any secret this dish may hide. The most important thing to prepare a good paella is having the right ingredients, and an amusing trip to Saint Catherine’s market in the old town is what is needed to get them.

During mealtime, it is unavoidable for Catalonians to talk about football: Barcelona FC is not just a football team, in town it’s a faith. If you have the chance, avoid visiting the empty stadium on a guided tour and attend a championship match. It is not always a simple task to get the tickets, especially for the most important matches, but the atmosphere during such a sport event will reward you for the efforts.