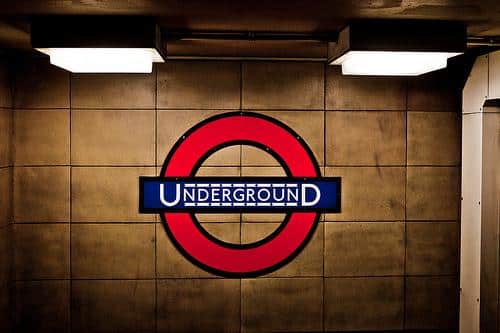 Aldgate Station is situated on top of a plague pit containing more than 1000 bodies. Have I got your attention? We all know the popular sights of London: Buckingham Palace, The Tate Modern, Hampton Court, but are we still interested? Or have we heard it all before? I’m not denying that these attractions are worth a visit, but simply that there may be more to them than meets the eye.

I’m more interested in the real capital, the grisly underbelly, and I do expect I’m not the only one. An accumulation of centuries of history has resulted in weirder and I’d argue far more interesting relics than the traditional tourist traps. Here are some facts that you probably didn’t know about London.

The Tube is one of the most fascinating and underappreciated sights of London. A staggering 1229 million people travel through the tunnels each year, most of them not realising the history that The Underground has seen.

Whilst many of us know that stations were used as air raid shelters during the Second World War, it is less common knowledge that the Central Line was converted into a fighter air craft factory that stretched for over two miles. It even had its own railway system. The existence of this remained an official secret until the 1980s.

Another grisly fact about the tube regards the historical prevalence of Underground suicides. In 1926 pits were placed beneath the tracks, due to a rise in the number of people throwing themselves in front of trains. Still visible today, they are designed to reduce the likelihood of death and injury, as it is hoped that the train will be able to pass over the jumper in the ‘pit’.

The tube is home to numerous ‘ghost stations’, so called because they have ceased to be used but remain as an eerie reminder of the past. This alternative map shows where they lie on the line.

If you are in any older, wealthier part of London look out for these ever-varying iron cast covers. Now locked, they cover a chute into which coal used to be lowered, so that scullery maids could fuel fires.

London is host to numerous historic structures that many tourists don’t even notice. A visit to Bishopsgate Churchyard reveals an unusual building amidst the skyscrapers. It was built in 1895 by Henry and James Forder Nevill as a Turkish bath on the site of an existing popular bathhouse. Today it operates as a pizzeria.

Trafalgar Square still has a police box that was used to keep an eye on any gathering crowds. It was connected by phone to Canon Row police station and is used as a cleaner’s store now.

The Cabmen’s Shelter Fund was created in 1874, when cabbies worked in horse-drawn Hansom cabs and would sit outside in all weather. Tiny cafés offering hot food were set up to make the job a little easier. There are still 13 left, all listed buildings, in locations such as Temple Place.

Some of the world’s most historic hotels are situated in London, meaning that you don’t even have to leave your accommodation to find something interesting. The Cadogan hotel in Soho has one of the most renowned stories to tell. Built in 1887, the city was stunned when Oscar Wilde was arrested in, what was at the time the establishment’s room 118, on charges of homosexuality.

Whilst it may push your budget, the history of Brown’s hotel makes it worth a visit. Famous guests include Theodore Roosevelt and Rudyard Kipling who finished ‘The Jungle Book’ during his stay. Notably, Agatha Christie based her novel ‘At Bertram’s Hotel’ on Brown’s.

The world-renowned Savoy boasts famous guests including Sir Winston Churchill, Frank Sinatra and Katherine Hepburn. However, its most illustrious claim to fame is that the artist Claude Monet spent a period as the hotel’s artist-in-residence.

There is more to London than the tourist traps. Centuries of history have left relics, which significance most visitors completely miss. Get away from the guided tours and clicking of cameras and experience the real underbelly of the city.

Have you got any little-known facts about London to share? 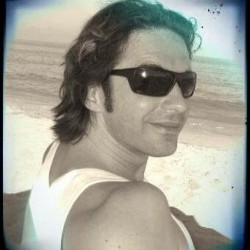 A travel writer for Hotelopia - I love skiing and snowboarding but I hate the unavoidable goggle tan.

1 thought on “Strange Facts You Didn’t Know About London”