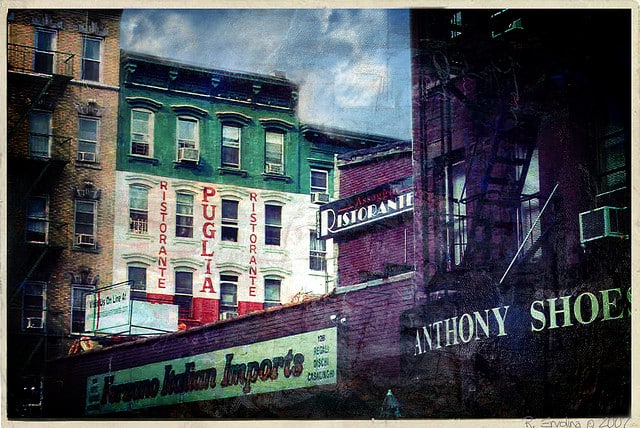 Little Italy, New York’s popular neighborhood which became a icon of Italian immigration, will soon be no more. The alarm came recently from New York Daily News, but the process has been going on since many years.

The first reason for this departure is ironically the great popularity of the Italian-American quarter: more and more movie stars, artists and celebrities are looking for a stylish loft in one of the quirkiest corner of the Big Apple. Consequently, the financial standards of the whole area have been rising impetuously, the rents got more expensive and the little shops had to leave room for fancy boutiques, and the traditional spirit of the place is fading away. 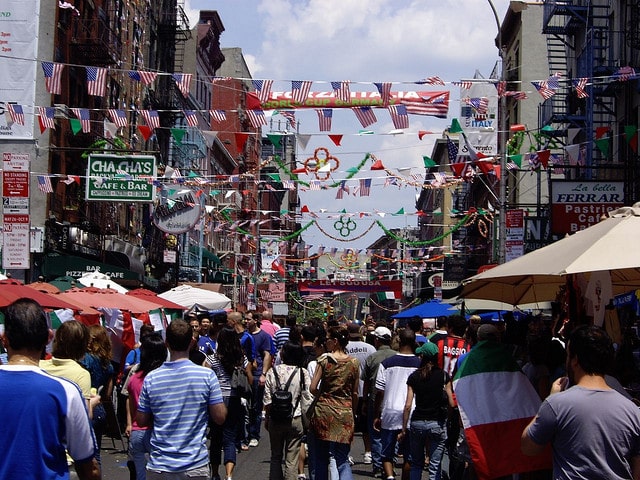 Starting since the second half of the XIX century, a big migratory stream arrived to New York from Italy. From 1860 to 1880, 68,500 Italians moved in the Big Apple, and the numbers became 391,000 in 1920. Entire neighborhoods got overwhelmed by Italian habits and traditions, restaurants and shops. Little Italy – in Manhattan’s lower end – was divided on the basisi of the Italian regions of the residents’ origin: North Italians went in Bleeker Street, Genovese people around Baxter Street and Sicilians grouped in Elizabeth Street.

Several restaurant chains started here and Lombardi’s – run by Gennaro Lombardi in Spring Street since 1896 – has officially been the first pizzeria in the US. Little Italy has also been theatre for many fights among Italian mafia bosses: gangsters who had to hide from police or competitors in Italy would try their luck in the New World, while others born in the US were planting the seeds for a new generation of Italian-American mafia. 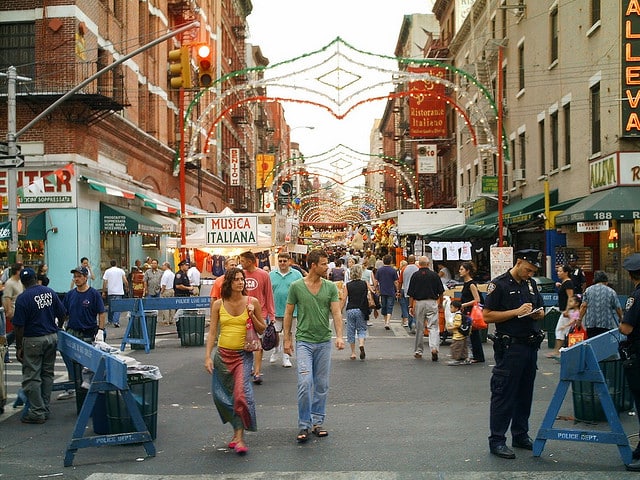 Soon everything will just be but a memory. In 2000 there were 44 Italian born residents in Little Italy, today not even one. The higher rents forced historic restaurants to close. Café-bakery La Bella Ferrara had its rent rising from 7,000 to 17,000 dollars in two years.

Nothing stays forever, it is true, and maybe Little Italy has already been just a tourist attraction for a long time, since the first Italian immigrants moved to Bronx, Brooklyn and Staten Island, and traditional shops were replaced by souvenirs made in China. But nownot even the appearances hint anymore to the old Italian neighborhood. “Tourists come into the shop and ask where Little Italy is,” a shopkeeper told to Daily News. “I tell them they’re technically in it already.”