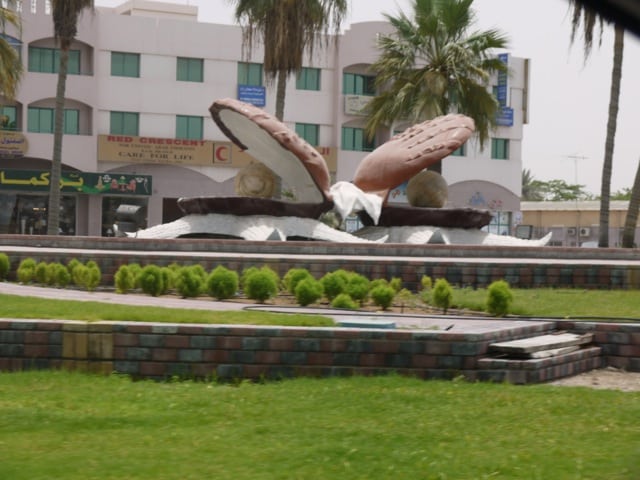 The topic of traffic and terrible driving is a popular one among expats in Dubai, who like to spend the evening chewing the cud over a glass of wine. And it is little wonder that the habits of some leave a lot to be desired.

As part of the Trucial States, British law governed the roads that were to form the new UAE, and therefore people drove on the left. However, with independence 41 years ago and the growing influence of its Saudi neighbours, the decision was taken to switch sides. I am not saying you should have sympathy with the 18 year old driving a Maserati, who cuts you up by crossing five lanes in one go. But there is possibly an inherent reason why driving standards are poor. 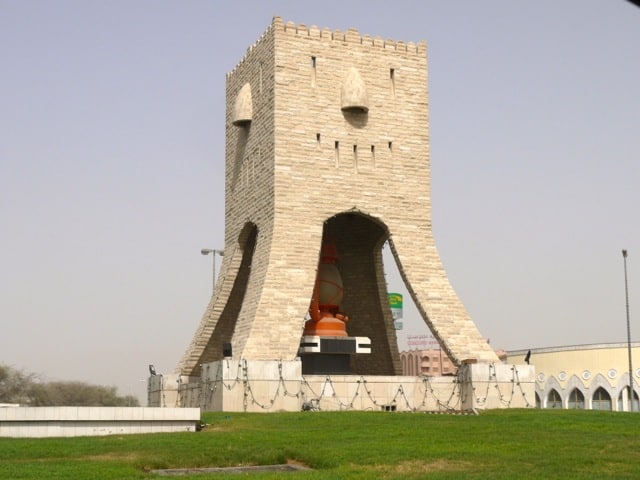 Another reason could be that as Dubai is such a melting pot of cultural diversity different road rules and habits are thrown together in a kind of road ratatouille. The courteous driving habits of one driver might be getting in the way of the speed thrills of another, for example.

The third reason is the pace at which the road networks and number of drivers is expanding. Fifty years ago Dubai had fewer than fifty cars. Today there are more than one million. The roads are clogged with minibuses, taxis, supercars and 4x4s making the driving experience a test of nerves and patience.

I am not going to name and shame but you can almost identify someone’s nationality by their driving style. While one country’s representative might have a 40 percent chance of causing an accident, another national statistically has a 400 percent chance of being the culprit. I will leave you to cast your suspicious eyes and see if you can spot them.

This is not, however, an analysis of driving, but rather a prelude to the fun you can have while driving. On our travels, we have seen some spectacular road systems, interesting signs and wonderful roundabouts (yes, I can really be that boring). And this is the topic of the day.

Roundabouts were introduced by the British (I am sure parts of the inheritance were more exiting). But we are talking about more than a road system here. We are talking about well known landmarks that provide anchor points to lost travellers when the lack of road names offer few clues.

There is a saying that you know you have been in Dubai too long if, when asking for directions to the building opposite, you receive the answer “left, second right, third right, first left”, and that sounds normal. This isn’t a point and shoot society. You can’t aim your vehicle in the general direction you want to go and hope everything will be ok. And forget satnav. Road networks change overnight. Several times I have been lost coming home from work.

And even when you do find a street name, it might have two names; an official name and a nickname. Or a historical one and a new one. And forget about the ambiguity created by the different spellings caused by translating names from Arabic.

So roundabouts became important navigation points, and as such the central space within the roundabout has been haloed by some pretty creative monuments and sculptures. I am pretty fond of the fish roundabout in Fujairah, so named because, well, I willl let you work it out. And the oyster and pearl roundabout in Ras al Khaimah is pretty special too. 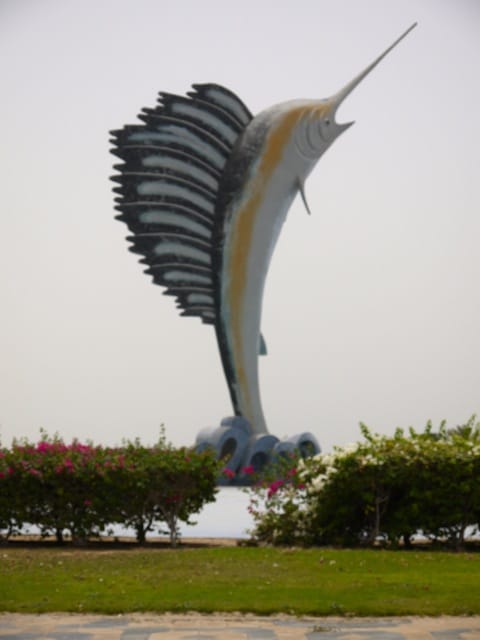 So you see, despite the frustrating, nerve wracking, perilous journeys we make in our cars, roundabouts never fail to raise a smile and lighten the mood. Just make sure you pay attention to the road to ensure you don’t miss your exit and get lost. Once lost you may never be found again. 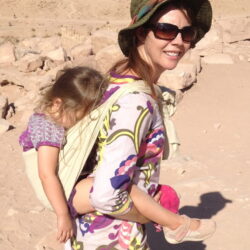