Sevilla is one of the most beautiful city in Spain, famous all over the world as it is home of flamenco and tapas. It is located in the South of Spain: the highest temperatures, cheerful and relaxed people pouring out into the streets anytime, party atmosphere, many colours and azulejos.

This astonishing city, crossed by the Guadalquivir River, is Spain to the nth power with some Arabian influences. Sevilla enchants the tourist by its blaze of azulejos, palms, orange trees and white lime houses.

The perception is that Sevilla, like other southern cities, is a warm, floodlighted, welcoming and slow-rythm place. The people here are very religious and the faith is mostly shown within the Semana Santa or religious processions. Even the lottery tickets are sold with Jesus or other Saints images printed on them! In Sevilla there’s the well known Feria de abril where women wear the traditional dresses and where you can dance the flamenco or the sevillanca with the inhabitants of Sevilla.

How to get to Sevilla

The Sevilla San Pablo airport is situated just a few kilometres off the town. To get to the downtown, exit the airport, turn left and get on the EA bus (2.20 €): the trip lasts about 20 minutes and the last stop is Prado San Sebastian (close to Barrio de Santa Cruz). It is also possible to get a taxi for 20€ (really useful if you’ve got too many luggages!)

How to go around Sevilla

The old town is made of wynds and is easy to walk through. Who is staying outside the downtown can get on the Tussam orange buses, the 4-line subway or the tramways.

Sevilla is one of the most expensive town of Spain. It is suggested to stay in barrio Santa Cruz or close-by to walk around. Of course, the hotels in downtown are are more expensive and breakfasts are commonly not included. Hotel breakfasts may cost up to 20€, so it is suggested to go to a bar or bakery.

Plaza de España is one of the most beautiful Sevillian square and was designed by Don Aníbal González for the Ibero-American Exposition in 1929. The square González combines a mix of 1920s Art Deco and ‘mock Mudejar’, and Neo-Mudéjar styles and it is the glaze of handmade painted tiles. A ship-canal passes through the square, under the arcades tourist can admire the Spanish provinces’ representation tiled floor.

Plaza de España is almost the symbol, the essential being of the town: one can sit on benches for hours and admire its beauties. Tourists can recall fortune-tellers willing to read tarots and gypsies willing to sell a sprig of rosemary as lucky charm. Sevilla is this too.

Alcazar is the Royal Palace, house of the King and one of the eldest European Royal Palaces. Alcazar alone worths to visit Sevilla: visiting it means giving oneself up completely to the mudejar architecture, being impressed by the profusely decorated interiors and the  preciseness of the stucco, by the colour of the azulejos. The ticket is 6,50€ and the visit lasts about 3 hours.

Let yourselves be enchanted by the astonishing gardens ans loose yourselves into fountains ans magnolia’s scent and orange’s trees.

The Sevilla Cathedral is the third biggest one in the wirld, after St. Peter’s Basilica and St. Paul’s in London. Inside tourists can admire Murillo and Goya’s paintings, finely chiselled goblets and inlaid crosses and the tomb of Christopher Columbus.

Giralda is the bell tower of the Cathedral of Sevilla and is 95.5 m in height: the award of climbing the 36 flights of stairs is a wonderful sight over the city and it is one the most suggestive attraction.

Barrio de Santa Cruz or Juderìa is the old Hebrew area and it is the most beautiful one. Tourists are impressed by the labyrinth wynds, the white and yellow lime houses, the grating of the balconies, the typical Andalusian patii: a sight to behold! Nevertheless it is a very tourist place with tourist restaurants to avoid.

Plaza Santa Cruz and Plaza Virgen de los Reyes are the heart of the barrio, right in front of the magnificent Cathedral. It’s suggested to have a nice walk loosing into the wynds of barrio and see the not up to two-floor houses and to have a look into the main gates discovering nice patii full of flowers.

At last, you can’t miss Barrio Triana, the old popular area, once inhabited by sailors and craftsmen. Triana is one of the most genuine area of Sevilla and it is home to flamenco and where you can find handmade tiles.

In Triana you can perceive the gipsy and flamenco essence being in every corner. Strolling about the area lets you “taste” the streets, the houses decorated with majolicas and patii with wonderful gardens inside.

Shopping: what and where

Sevilla is the capital of tapas, appetizers Sevilla people like to eat drinking beer or sangria and nowadays quite common all over the country. The best area to taste tapas and enjoy the city is in Macarena and Triana. The tortilla, a kind of potatoes and gazpacho omelette, and a tomato soup are strongly suggested. Do not trust tourist restaurants advertising fresh paella to avoid disappointments and expensive bills.

In Barrio de Santa Cruz it is strongly recommended la Calenterìa, a small but nice restaurant where to taste churros and hot chocolate or la Freiduria Puerta de la Carne, close-by, where to buy fried fish.

If you want to taste sweet things, there are several places: La Campana in Calle Sierpe for the tocino de cielo, which is like a caramel pudding; or Horno del Buenaventura, old cake shop where chocolate, pastries, ice creams and cooked meats could be found. 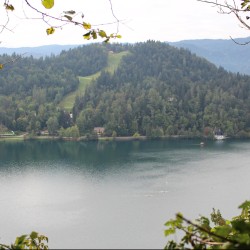 I live in Padua, I am fond of every art work and, mostly, I love travelling. When travelling, I'm not in a hurry, I try to "taste" slowly the city and pick its essence being up. I love pouring into the atmosphere a city can give me and discovering all the most secret corners.